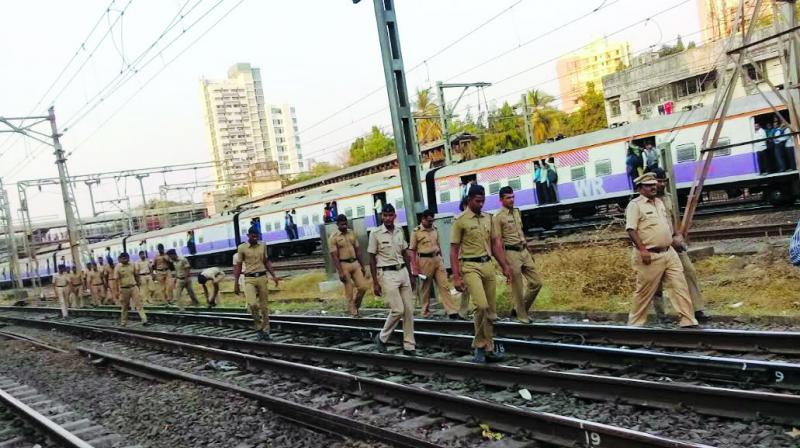 The anti-sabotage patrolling teams walk down the stretch on foot between 7 pm and 3am.

Mumbai: After the recent spate of alleged sabotage on Central Railway's (CR) Mumbai section, the government railway police (GRP) has set up 19 special teams for patrolling tracks to deal with suspicious elements. The Railway Protection Force (RPF) too has formed two ambush teams for manning the same stretch. Each GRP team, consisting of five armed police personnel, have begun patrolling tracks on the Thane-Diva-Panvel and Thane Kalyan sections. The anti-sabotage patrolling teams walk down the stretch on foot between 7 pm and 3am.

With no headway in any of the three incidents, the railway police is expecting the groups to act again and hence have brought the isolated stretches under surveillance.

"The teams include around 95 policemen from the concerned railway police stations and also the reserve staff. They are uniformed, armed and the patrol begins from both the ends of the selected stretches. They meet and retreat on the same route towards their starting point," said a GRP officer. 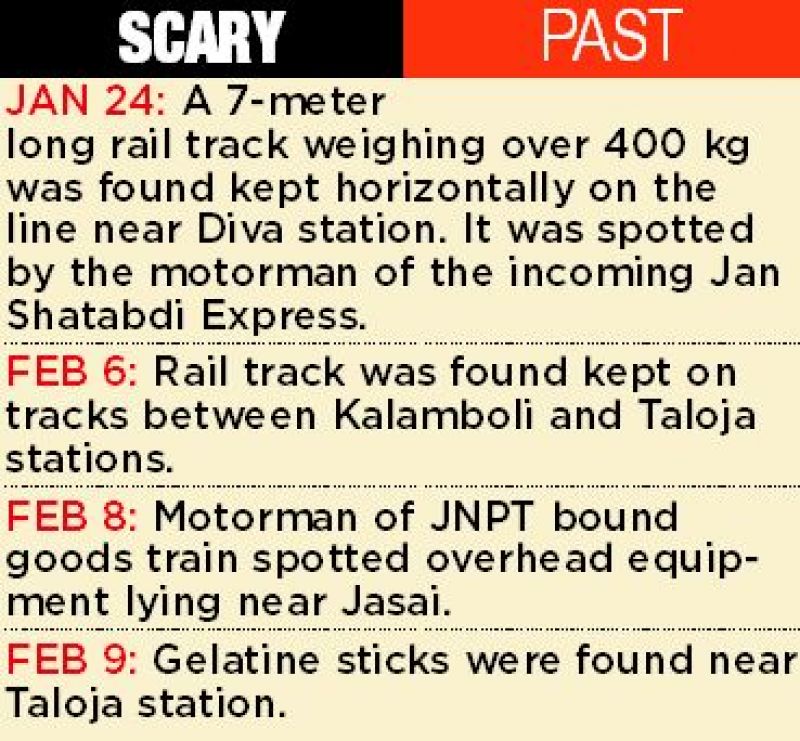 Two teams start patrolling from both fag ends of the stretches of the two routes where these incidents took place. The officials said that both the lines have several isolated spots on them including creeks and mangroves that could help as a shield. "The Thane-Diva-Panvel section is more isolated as it does not have a local train network and lines do not even have habitat on vast stretch. Gelatine sticks were found on tracks near Taloja," added the officer.

On the other hand, the RPF has formed ambush teams for these lines. "The four kilometre stretch at Taloja and the lines near Diva station is being focused closely and one ambush team each have been stationed there. They have been asked to move along the stretch and also to keep a watch and nab any suspicious elements," said Sachin Bhalode, senior divisional security commissioner, RPF (CR)

Taking a cue from incidents on the central railway, the GRP on the Western Railway line has started conducting anti sabotage checks between Borivali and Palghar. "We have pressed 125 policemen into patrol duty in between the two stations as a precautionary measure and they conduct patrol checks for two hours in the night," said Deepak Devraj, deputy commissioner of police, GRP (WR).