The company told the court today that it had permissions from the Indian Navy and maritime authorities. 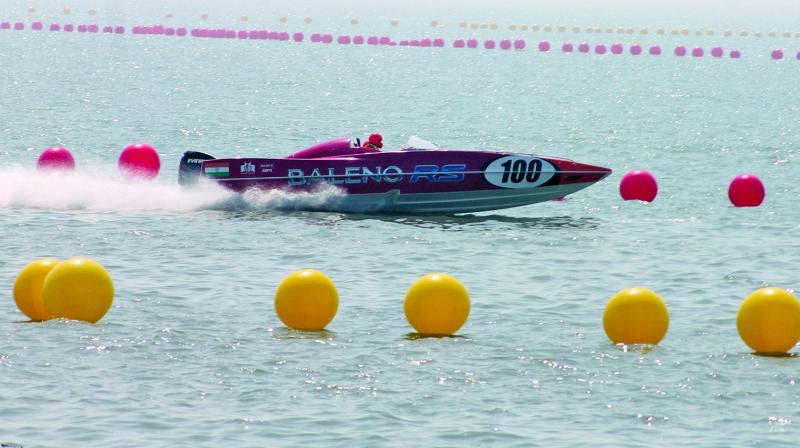 The event will be held at Girgaum Chowpatty from March 3 to 5. (Photo: Debasish Dey)

Mumbai: The Bombay high Court on Wednesday allowed the organisers of the upcoming international powerboat grand prix event to construct a temporary jetty at Girgaum chowpatty for it.

The court, while allowing the construction, rapped the state government and the BMC for not having given permission for the jetty’s construction and other associated temporary constructions like facilities to attend to medical emergencies.

The HC was hearing a petition filed by Procam International Private Limited, the event’s organiser, which approached it after the HC—appointed high–powered committee denied it the permission to build the jetty. The court also rapped BMC saying, “You don’t give attention to potholes but you are opposing a temporary structure for the event.”

The court, while allowing the petition, permitted the company to construct the temporary structure and also ordered the removal of the same in two days after the event ends. A division bench of Justice V.M. Kanade and Justice P.R. Bora was hearing the petition. The event starts on March 3 to March 5 at Girgaum Chowpaty to Marine Drive. According to the petition, the high—power committee, comprising municipal commissioner and city collector, has refused permission of setting up a jetty, tent medical room and tents at Girgaum Chowpaty.

The company told the court today that it had permissions from the Indian Navy and maritime authorities. The court while hearing the matter has said that it wants to know from the chief minister that what is the use of Make in India campaign, if permissions to such international events is not granted.

Meanwhile, the court has asked for the BMC’s stand on the matter. BMC lawyer said that it can’t grant permission if it is illegal. Irked by this response, the court said, “There are many illegal constructions in Mumbai but one international event and the construction of a temporary structure for just two days is making the BMC suddenly very conscious about it’s responsibilities.