The objective is not only beautification of mangroves but also removing plastic from these areas. 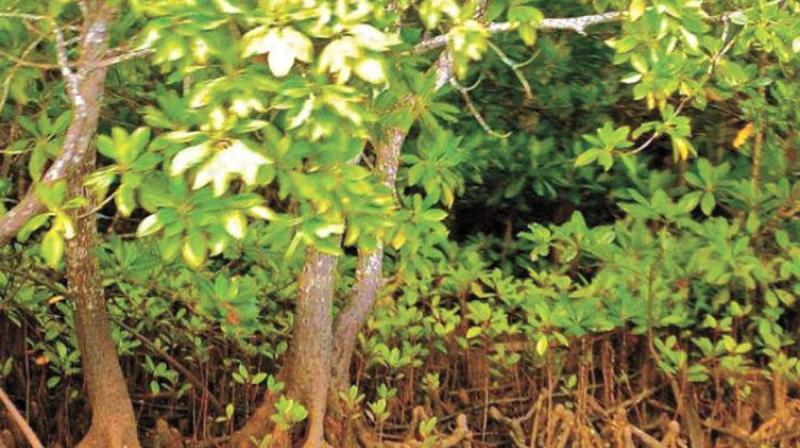 A similar cleanliness drive has rid mangroves of debris in Bandra.

Mumbai: In a bid to save existing mangroves in the city, the mangrove cell has identified ten places that need to be cleaned of debris so that it does not kill mangroves in the area. Mangroves in Bandra have been rid of debris however the cell, along with residents’ associations, local schools and colleges is to begin similar activities in areas such as Versova and Charkop.

The objective is not only beautification of mangroves but also removing plastic from these areas. With debris collecting in and around mangroves, the plants are scarcely able to breathe which often times kills them.

The department started by cleaning the mangrove patch at Carter Road, Bandra, for which it roped in students from local schools and colleges and residents’ associations in the vicinity. Nearly 150 school students along with others collected 50 bags of trash stuck to the roots of the mangroves. A hundred saplings were also planted at the site.

N. Vasudevan, chief conservator of forests, said, “Mumbai is surrounded by thick mangrove cover but there is need for awareness among people. Apart from freeing these mangrove patches of garbage, we are also looking at making people understand the importance of mangroves in the city. This clean-up drive was held due to the election code of conduct but we will resume it in the coming week.”

As part of its efforts to spread awareness about “saving mangroves”, the department also participated in a marathon held on February 25 this year.