The employees and BEST unions have been continuously demanding grants from the BMC as the BEST is transport wing of the civic body. 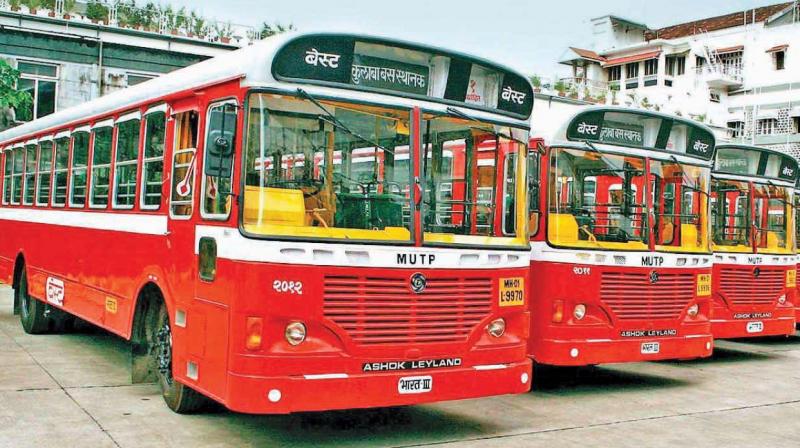 The BEST has now came down to mere 28 lakh ridership, while its total accumulated losses are around Rs 2500 crore.

Mumbai: A public hearing was organised in Mumbai on Friday on ‘The Current Crisis in BEST’, which received a good response from commuters, activists and experts. The event aimed to trace the root causes for precarious condition of Brihanmumbai Electricity Supply and Transport Undertaking (BEST) and some sustainable solutions in public opinion to solve its financial crisis.

Some main points raised by public and the panel were resuming or increasing bus frequency in short routes, due to less BEST buses at night women and working class are forced to travel by private transport that rises the feeling of unsafety, etc.

The commuters and panel also criticised the Brihanmumbai Municipal Corporation (BMC) for not granting funds to BEST, which can help the undertaking to make reforms. It also questioned why the BMC can’t fund it’s transport wing with rs 700 crore when it can build the Coastal Road for rs 12,000 crore, which will be used by only 2 percent of vehicles in the city.

Around 33,000 BEST employees had gone on nine days long strike in January demanding rise in their salaries and merger of BEST’s budget with BMC budget. However, the BMC budget presented on February 4 did not mention about budget merger and proposed provision of only Rs 34 crore.

The employees and BEST unions have been continuously demanding grants from the BMC as the BEST is transport wing of the civic body. However, municipal commissioner Ajoy Mehta has again cleared in his budget speech that BEST should implement the revival plan the BMC gave last year. The BEST has now came down to mere 28 lakh ridership, while its total accumulated losses are around rs 2500 crore.