They would replace goods in parcels with washing soap. 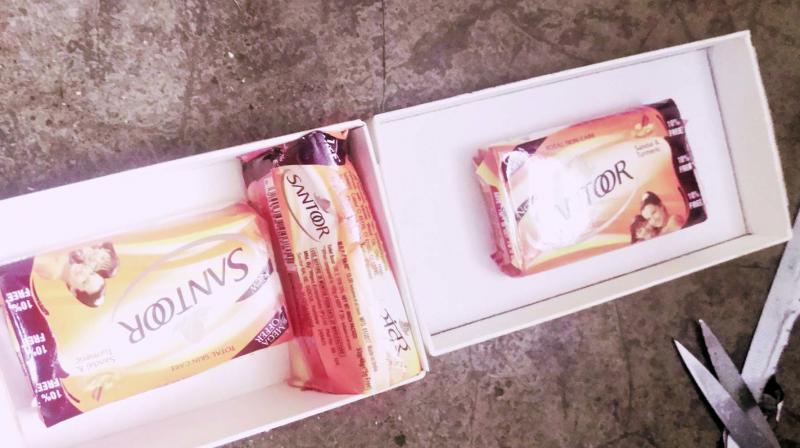 Mumbai: The Bandra Kurla Complex (BKC) police has arrested two persons for allegedly replacing goods from the parcels of e-commerce company Amazon with soap bars. Both the accused  had been arrested in the past for similar offences.

The police found that one of the accused, Vinay Ruke, was earlier attached with the company that delivers goods on the behalf of e-commerce firms. The other accused, Farid Shaikh, was instrumental in arranging for people to work as delivery boys. The accused would later ask the delivery boys to bring parcels to him and would replace the goods with washing soap bars.

The BKC police received a complaint pertaining to the fraud from Vaishali Trans Carrier Pvt Ltd on Thursday. The company is a service partner of Amazon and delivers the goods to customers, the police said.

The complainant stated that it had hired 12 persons as delivery boys from Prince HR Pvt Ltd who were suspected to have tampered with the parcels between March 20 and 22.

Investigations later revealed that the tampered parcels were those that were returned to the Amazon’s office as they could not be delivered owing to customers’ unavailability at their residence. These parcels were again sent for delivery when their contents, mobile phones, were replaced with washing soap bars, the police said.

Those not delivered even on the second attempt and returned to the office were also found to be containing soap bars, which prompted the need for a police case, complainant told police.

The BKC police team laid trap and apprehended Shaikh from CST Road in Santacruz. Revealing his modus operandi, Shaikh told the police that he would rope in young boys in the e-commerce company as delivery boys.

“He would contact the hired persons and would ask them to bring the parcels to him before delivering it to customers. He would replace the product with soap bars and repack it like original,” said an officer from BKC police station.

In January a similar case was seen when a female PR consultant registered a case with the Bandra police station after receiving a packet with four soaps instead of the smart phone she had ordered via Amazon.