Around 200 joggers who gathered in the Yeoor hill section of the Sanjay Gandhi National Park conducted a two-hour-long ‘plogging’. 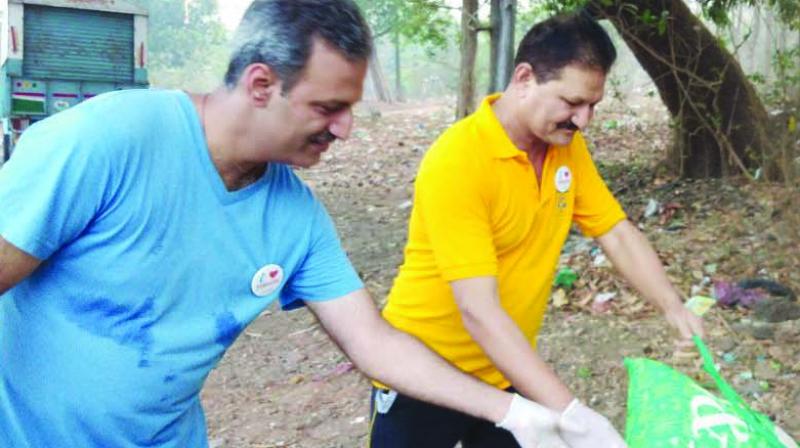 Producers of alterative carry bags can approach BMC at 8291652979 to register themselves for the list.

Mumbai: Around a fortnight after the state enforced a ban on the use of plastic, Thane saw a unique campaign against the menace of plastic litter Sunday morning. Around 200 joggers who gathered in the Yeoor hill section of the Sanjay Gandhi National Park conducted a two-hour-long ‘plogging’. It means trash-picking while jogging, for making green-areas litter-free as well as raising awareness on the issue..

The first-of-a-kind plogging in Thane was initiated by organisation Earthkids Humanity Foundation (EHF) and Yeoor Environmental Society (YES) along with Thane Municipal Corporation (TMC) and Forest Department, where several joggers plogged for 4.8 km stretch starting from Yeoor gate to Patondpada in two hours.

“While plogging is a trend in Sweden, USA, Turkey and Australia, we have seen that citizens here are not that excited about collecting garbage while jogging. So we had to package plogging along with other activities like Zumba and laughing sessions.

There were guitarists from the players institute who were ahead of the other joggers, so when they found a spot which had more litter, they would start playing the guitar and joggers would lead to that direction to help them in picking up garbage,” said Tarun Kumar, Founder of Earthkids Humanity Foundation.

“The TMC had provided garbage vehicles for the collected litter and around three vans were completely loaded. We thought to start with the Yeoor village area, as it is an important green cover in Thane. However, the menace of plastic is all over Thane and Mumbai, and it is really sad that the littering of plastic bags and items are leading to clogging of our rivers and drains which creates difficulties during every Monsoon,” said Rohit Joshi, President of YES.

Apart from Yeoor, EHF has also decided to replicate this movement in Mumbai till Monsoon this year. “We are aiming for around 200 plogging activities in different parts of Mumbai in the coming two months, as we want to get rid of the plastic litter in the city and contribute in making Mumbai flood-free this Monsoon. We are hoping that local volunteers organisations from each area come forward and help this movement,” added Mr. Kumar.