Despite several attempts police remained unavailable for his comments. 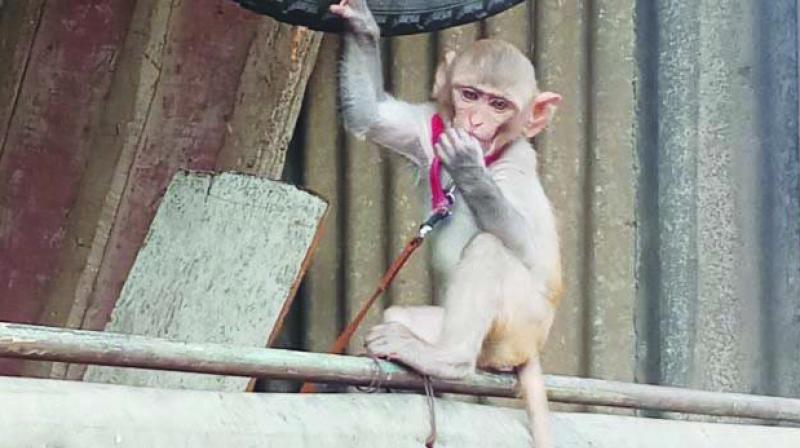 The monkey that attacked the minor boy.

Mumbai: A decade-long feud between two families in the Munshi compound area of Kashimira took a violent turn when a pet monkey belonging to one was allegedly set loose on a 10-year-old boy on Thursday night.

The minor, who was bit on his waist, was rushed to a hospital where he was given anti-rabies vaccine and is currently stable, according to doctors attending him.

Following a complaint from the victim’s father, a local scrap dealer, the Kashimira police has booked Haroon Ibadat Ali Khan (40) under sections  337 (causing hurt)  and 189 (threat or injury to person) of the IPC. Haroon, who is said to be unemployed, had illegally kept the monkey in his house as his pet and allowed it to roam freely.

The child, a Class VI student, was playing with his friends outside his tenement when Haroon suddenly came there and set his monkey on him.

Interestingly, the  police  shied away from slapping the relevant sections of the Wildlife Protection Act against the accused, inviting sharp criticism from animal activists.

“The law does not allow anyone to keep a monkey as a pet, as it is an act of cruelty to animals. The police should have invoked the relevant sections of the Wildlife Protection Act, 1972.” said Salim Charaniya, president of Peace for Animals Welfare Association.

Despite several attempts  police remained unavailable for his comments.