BMC will upload list of manufacturers of alternative carry bags. 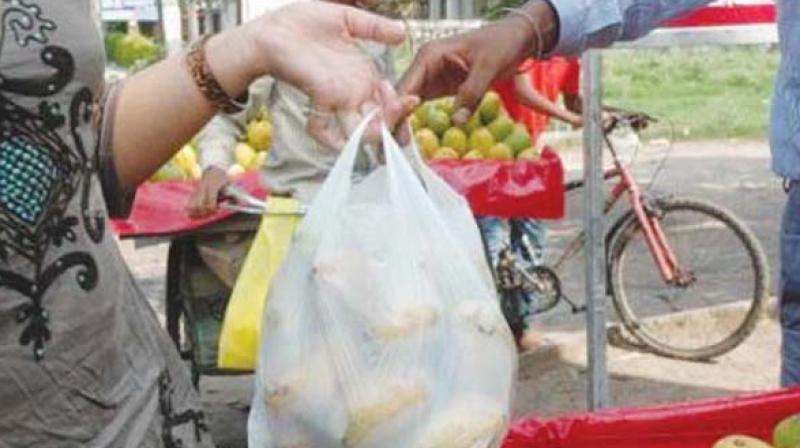 Meanwhile activists have highlighted concerns over the recycling process post the disposal of existing stock by shopkeepers and customers. (Representational image)

Mumbai: Shopkeepers in the city are facing a challenge in finding alternative carry bags following the plastic ban. In its bid to help shopkeepers, the Brihanmumbai Municipal Corporation (BMC) will be uploading a list of manufacturers of paper bags, jute bags and biodegradable plastic for each ward. BMC officials stated that within two days, around 100 manufacturers of alternative bags have approached them and the civic body is expecting more manufacturers in the coming week.

“We have been communicated that the shopkeepers are facing the problem of alternatives to plastic bags. As such we will be releasing the list of manufacturers, who could supply cloth bags, paper bags, jute bags and even biodegradable plastic bags. We are generating the list from each ward, so that shopkeepers can access information in a click,” said Nidhi Chaudhari, deputy municipal commissioner, working on the planning process of implementation of plastic ban in the city.

Following the state government’s notification to the municipal corporations last Friday, in which it directed local bodies to come up with implementation plans for the plastic ban and for disposing the existing stock of ban items, the BMC has decided to install collection points in market areas of all wards, including the BMC markets. “The full list of the sites will be finalised this week, however we have zeroed in on famous market places like Crawford, Colaba, the Linking Road, Chembur, Mulund and Borivali market among others. We will also be conducting awareness drives in these areas. As such, there will be at least one collection point in each ward,” added Ms Chaudhari. BMC officials stated that it was also giving shopkeepers a month’s time for getting rid of all the banned items, after which it will start checking the shops and markets.

Meanwhile activists have highlighted concerns over the recycling process post the disposal of existing stock by shopkeepers and customers. “At some instances, it has been found that even the segregated waste collected from societies is dumped at the landfill sites by the cleaning workers. As such, it is important that there should be a strict and proper disposal of the plastic items collected. The civic bodies should also make the recycling plans public so that NGOs or other organisations who are working on the waste recycling could come forward and contact them,” said Rohit Joshi, a Thane based activist.

What is not banned