Six fire engines managed to control the blaze only after six hours. 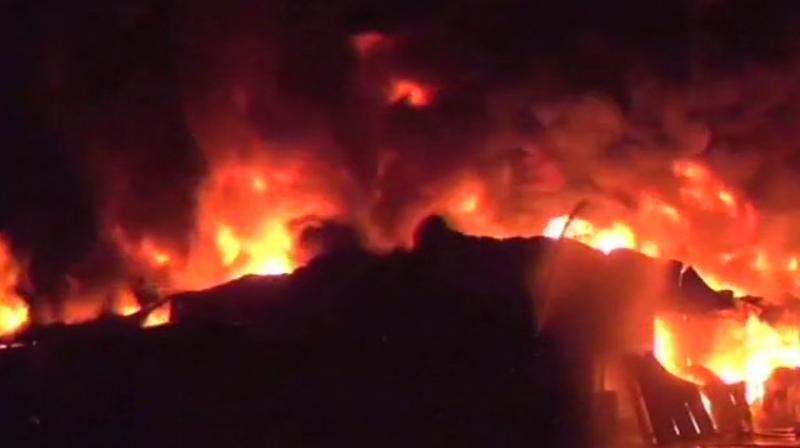 Thane: A fire destroyed at least six godowns, where oil and tyres were stored, at Gundavali village in the wee hours of Monday, an official said.

No casualty or injury was reported in the mishap, he said.

The fire broke out around 12:15 am in one of the godowns and spread rapidly to the other warehouses in the vicinity, an official at the fire control room in Bhiwandi taluka said.

Several oil drums and rubber tyres of various companies kept in the godowns aggravated the blaze, he said.

Six fire engines from Bhiwandi, Thane, Kalyan and Navi Mumbai managed to bring the flames under control after hectic efforts for about six hours, he said, adding that the cooling operation was underway.

The cause of the fire was yet to be ascertained, the official said.