The identities of the persons seen in the footage are also unclear as of now. 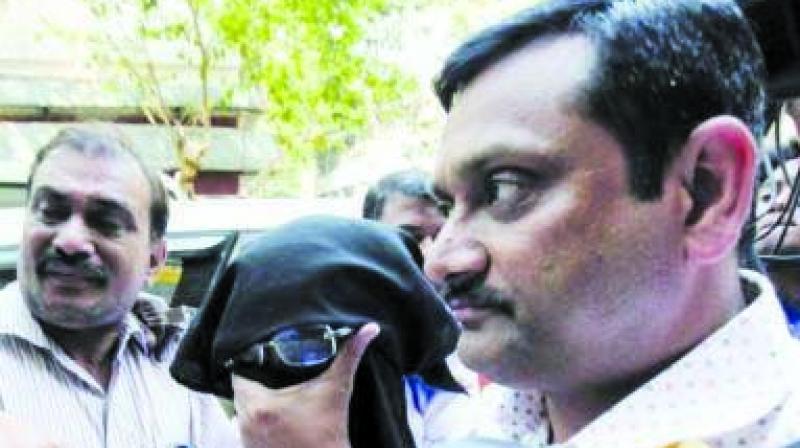 Mumbai: After the crime branch officials found several “derogatory” video clips and pictures of women from the mobile phone of Sunil Kulkarni, cult guru and founder of Shifu Sankruti, the investigators have sent the phone for forensic analysis. The mobile phone has been sent for forensic analysis to ascertain whether these clips and pictures were “downloaded” as claimed by Kulkarni or were shot using the handset as being suspected by the police.

“Several clips including couples having sexual intercourse and some having intimate moments have been recovered. It seems like these videos were captured secretly (keeping the door ajar). Also, there are pictures of scantily clad women and photo shoots of women posing as models,” said a crime branch officer.

The identities of the persons seen in the footage are also unclear as of now, and they are suspected to be women who were promised modelling assignments by Kulkarni and duped.

The officials, who have been probing the angle of monetary gain in the case, have found Kulkarni had acquired signed cheques worth Rs 15 lakh from the two sisters. The sisters have told the police they did not remember signing any cheques. “They have claimed that the signatures were taken when they might have been under the influence of anti-depressants Tryptom-ER-10gm, which he was administering to all the five victims,” added the officer.

The police had found two signed cheques and two chequebooks of victims’ from Kulkarni along with a debit card belonging to one of them.  “The girls’ parents have claimed that there was not enough money in their bank accounts and hence the cheques would have bounced. This was however not known to the victims,” said Varsha Bhogale, the advocate representing the victim sisters.