Mr Pawar held a core committee meeting at 10.30 am, which was attended by Chhagan Bhujbal, Ganesh Naik, Parth Pawar and Sunil Tatkare. 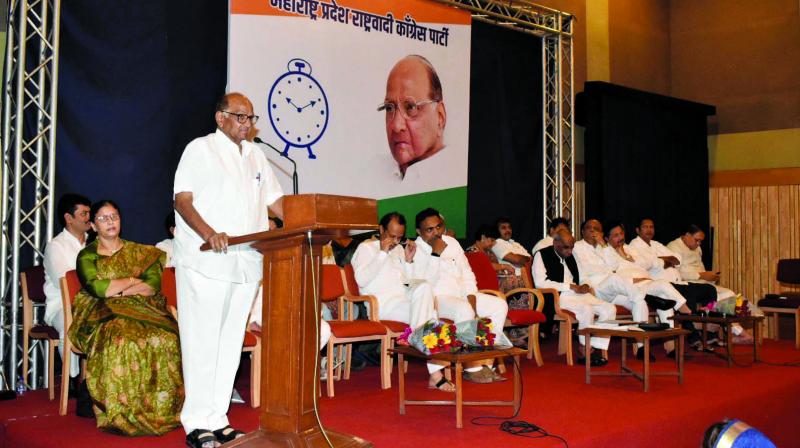 NCP chief Sharad Pawar chaired his first meeting after the drubbing in the Lok Sabha elections. He directed the party to have more young and women faces in the Assembly election.

State NCP unit president Jayant Patil told reporters at YB Chavan that the party had decided to give more preference to youth and women in the upcoming elections. “We have decided to contest the Assembly elections with more enthusiasm,” he said.

The party also discussed the impact of the Vanchit Bahujan Aghadi (VBA), which had eaten the votes of the Congress and NCP in at least ten seats. Mr Patil said, “It is a reality that the VBA damaged the Congress-NCP’s prospects in eight to 10 Lok Sabha seats in Maharashtra and helped BJP-Sena to win those seats. The people have now understood the real strength of the VBA in the state. We are confident that the people will vote differently in the Assembly elections and will not want to waste their votes on the VBA."

The NCP state president said that his party will put up a strong fight against the ruling parties in the Asssembly elections and ensure the party’s victory.  He said that all the key leaders who visited the state would take a review of the current drought situation. At the same time, the leaders will also hold a discussion with local leaders about who can be the candidates for the Assembly elections in that region.

In the meeting, Mr Patil said that the leaders should inform about the development works of the Congress-NCP government during their 15 years regime.

Mr Pawar held a core committee meeting at 10.30 am, which was attended by Chhagan Bhujbal, Ganesh Naik, Parth Pawar and Sunil Tatkare. In the afternoon, a general meeting of the party took place with the defeated candidates and party legislators along with district presidents.