On Monday night, the polling was held in which the ruling party won with 117 votes. 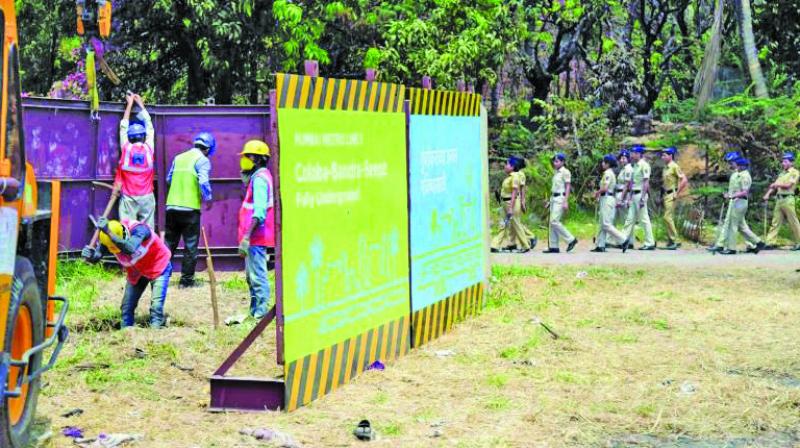 The proposed car shed plan would have covered 33 ha.

Mumbai: The proposal for building a metro car-shed in Aarey for the Metro-3 Seepz-Colaba project was rejected by the Shiv Sena, Congress and Mahara-shtra Navnirman Sena (MNS) while clearing the Development Plan (2014-34). The trio voted against the proposed car shed at Aarey. However, the BJP and SP voted in favour of the carshed.

On Monday night, the polling was held in which the ruling party won with 117 votes. The voting was held during the discussion over the draft Development Plan 2034. The proposal was tabled to change the land use of around 33 hectares of land at Aarey for the metro carshed. The proposal has been facing severe criticisms. In the meeting held on Monday, the proposal was supported by the BJP and SP, while the Shiv Sena, Congress and MNS opposed the carshed.

Due to the political fight over the carshed proposal, a midnight poll was held, in which the Shiv Sena rejected the proposal with a majority of 117 votes.

Even as the Shiv Sena has rejected the proposal in the BMC, the BJP-led state government will take the final call over the carshed. The much-delayed plan was passed on Monday night.