The three-foot long green snake was seen coiled around a fan and passengers pulled the alarm chain of the train near Thane station. 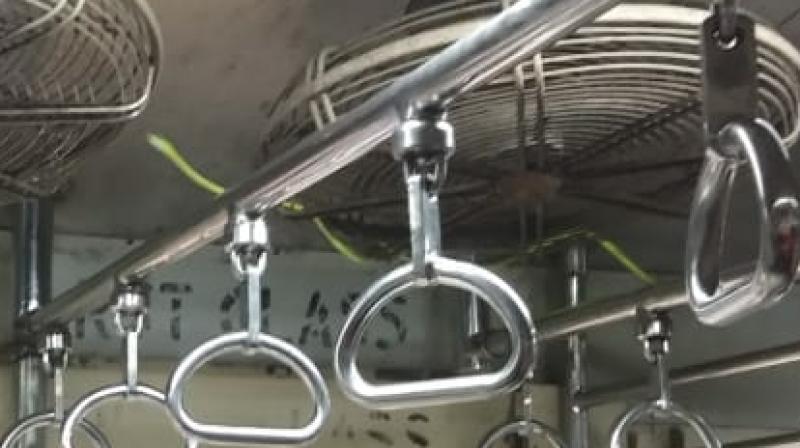 Mumbai: Hundreds of passengers were left shocked after they spotted a snake coiled around the ceiling fan of a first class coach of a suburban train on Thursday morning.

The incident occurred around 9:30 am on Thursday in the Titwala-CSMT local train with a senior Central Railway official not ruling out mischief since the train was making continuous trips on the network and had not gone for stabling in any yard in between.

Passengers pulled the alarm chain of the train near Thane station and shooed away the snake which slithered out of the coach soon after, railway officials said.

Videos of the three-foot-long green snake coiled around the fan went viral on social media platforms.

Terming it mischief, CR chief spokesperson Sunil Udasi said that the train had already made two trips since 4:32 am and the snake appeared only in the third trip.

"It is mischief on the part of somebody. The Railway Protection Force in on the job to nab the culprit. This rake had completed two trips since 4:32 am and hadn't gone to the yard in between," Udasi said.

"We are scanning videos of the incident to find out how the snake managed to appear in the coach all of a sudden," he said.

He added that the help of "sarpa mitras" and snake catchers would be taken to get more details of the incident.