Police save 100 people stuck in water 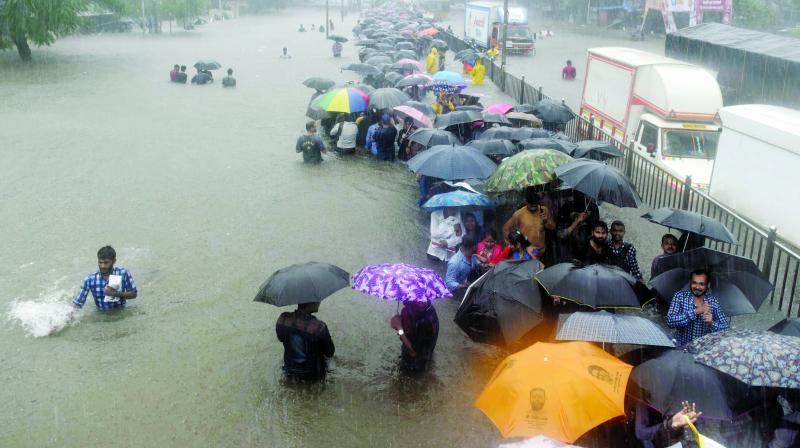 Mumbai: The Mumbai police rescued over 100 persons on Tuesday when the city came to a grinding halt due to the heavy downpour. They were aided in rescue work by their network of 5,000-odd CCTVs deployed across the city as well as timely support from the Fire Brigade personnel.

The police responded to the crisis via its emergency contact number and Twitter handle that day. The police control room, which responds to distress calls by citizens, was supervised on Tuesday by the Mumbai police commissioner Dattatray Padsalgikar, while chief minister Devendra Fadnavis also paid a visit to take stock of the situation.

The control room received over 2,500 calls, which included those reporting tree falls, shot circuits and location of family members among others.  The maximum calls, over 700, were about trees collapsing, and around 80 to report shot circuits triggered by the rains.

After watching the footage of persons navigating their way through waist deep water, the concerned police station was informed about the location and help was rushed to the distressed.

Mumbai police put their best foot forward by putting across real-time updates via Twitter and also sending police teams to attend to distress calls on its helpline number 100.