The Metro 3 corridor passes through the Girgaon and Kalbadevi, from where at least 541 families have been shifted to temporary locations. 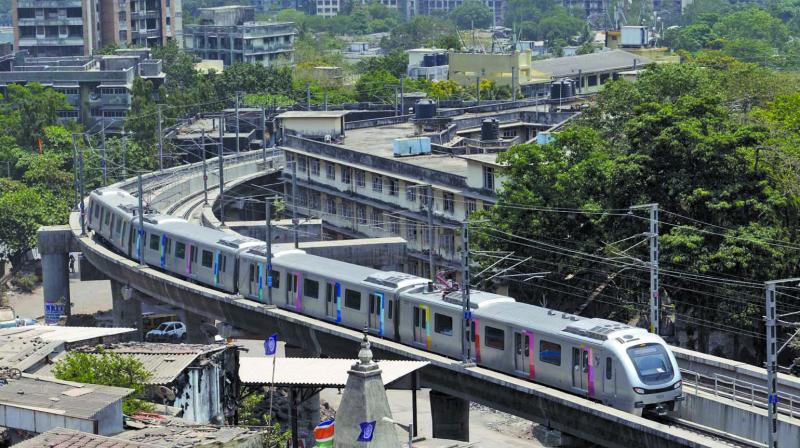 Some families, however, have found a way to continue their traditions.

Mumbai: At least four to five mandals in Girgaon that are situated along the Metro 3 corridor will not be able to celebrate Ganeshotsav this year.

The Metro 3 corridor passes through the Girgaon and Kalbadevi, from where at least 541 families have been shifted to temporary locations.

Some families, however, have found a way to continue their traditions. At least 90 occupants of Kranti Nagar chawl, which has been demolished for the metro project, will welcome the idol of the Remover of All Obstacles at one of their rented homes.

Ketan Parab, who is hosting the Ganpati idol at his rented home in Girgaon, claimed that Bal Gopal Mitra Mandal is celebrating its 70th year of establishment this year.

“When we came to know that our buildings would be demolished, we decided not to break our tradition. At the moment, we do not know for how long the metro project would go on, said Mr Parab.

However, Mr Parab added that this year their mandal’s Ganpati would only be around for one and a half days.

Mr Parab credited social media for helping the residents to keep in touch with each other.

“We are in constant touch through social media groups. It is via social media that we are doing our bit to contribute to the effort,” Mr Parab added.

Meanwhile, another member of the mandal, said that the Ganpati has been kept at Mr Parab’s home as no one came forward to keep the idol of Ganesha.