In Mumbai, the BJP has fielded 12 candidates out of 36 seats. The party also fielded 11 candidates in Pune district, which has a total 21 seats. 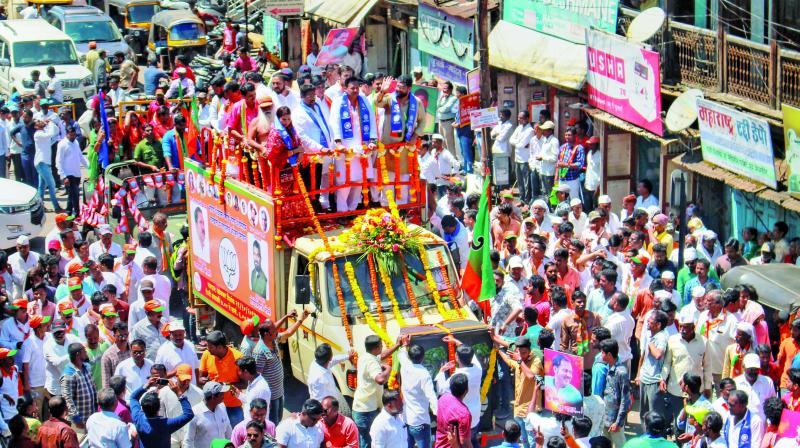 Mumbai: The Bharatiya Janata Party (BJP) on Tuesday declared its first list with 125 names for the Maharashtra Assembly election. While the party has denied tickets to 12 of its sitting MLAs, several turncoats have been rewarded. Also, senior ministers Vinod Tawde, Prakash Mehta and BJP chief whip Raj Purohit’s names did not feature in the list. Besides, veteran leader Eknath Khadse’s name was also missing.

According to the list, chief minister Devendra Fadnavis will contest from Nagpur South West while state BJP unit president Chandrakant Patil, a two-time Member of Legislative Council, will contest from Kothrud in Pune. Mr Patil would be making his debut in the Assembly election. Medha Kulkarni, who is a sitting legislator from Kothrud, and sitting MLA Sardar Tara Singh from Mulund have been denied tickets. The Asian Age had reported on Sunday that Mr Singh would not get a ticket. Mihir Kotecha will contest from Mulund.

Interestingly, Mr Fadnavis’ private assistant Abhimanyu Pawar has been given a ticket from Ausa in Latur district.

Most of the leaders from the Congress and NCP who had shifted their loyalties to the BJP ahead of Maharashtra Assembly election have been allocated tickets. Among them are Hars-hvardhan Patil (Indapur), Radhakrishna Vikhe-Patil (Shirdi), Vaibhav Pichad (Akole), Jaykumar Gore (Man), Madan Bhosale (Wai), Rana Jagjitsinh Patil (Tuljapur), Kalidas Kolambkar (Wadala), Shivendraraje Bhosale (Satara) and Sandeep Naik (Airoli).

In Mumbai, the BJP has fielded 12 candidates out of 36 seats. The party also fielded 11 candidates in Pune district, which has a total 21 seats.

There was speculation that Vidya Thakur would be denied ticket. However, she managed to get a ticket from Goregaon again using her north Indian clout in Varanasi and New Delhi, said a BJP source.

It has also renominated its sitting legislators Mahesh Chowgule (Bhiwandi West) and Kisan Kathore (Murbad) among others.