The Parsik Hill range has been affected by encroaching slum dwellers. 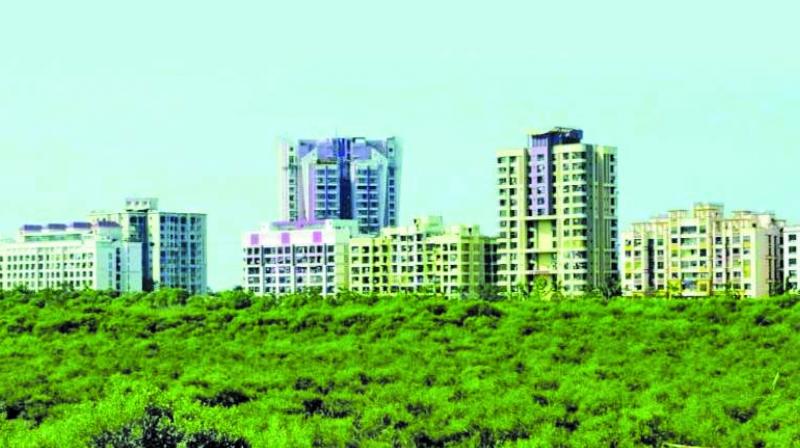 An eight-foot-high wall will be erected across the forest areas of Mumbra, Kausa, Kalwa, Iltha-npada and Digha. (Photo: File photo)

Mumbai: To curb encroachment in forest areas of Thane, the forest department has started erecting compound walls around affected areas. This is the first time such an initiative has been taken across forest areas in Mumbai and Thane, outside of areas with mangroves. Officials from the forest department stated that around 654 encroachment cases have been registered between 2018 and 2019.

The work has already begun where an eight-foot-high wall will be erected across the forest areas of Mumbra, Kausa, Kalwa, Ilthanpada and Digha. “The concrete wall will hem in forest stretches up to 30 kilometres. The PWD is carrying out the work on behalf of the forest department. Around `5 crore has already been disbursed for this purpose,” said Jitendra Ramgaokar, deputy conservator of forest, Thane division. The forest department has proposed to set aside `10 crore for the project.

“The Parsik Hill range has been largely affected by encroaching slum dwellers. The forest department has been carried out demolition activities in these areas. Till now, four out of five hectares of forest land has been freed from illegal structures,” added Mr Ramgaokar.

According to Thane forest department’s data, around 654 cases of illegal structures surfaced since last year, out of which 617 have been taken care of. A higher number of encroachments were found in Ilthanpada with the affected area at 1,336 square metres, followed by different stretches of Parsik Hills. “The compound walls will also help curb cases of deliberate fire and dumping inside forest areas. We have also been mapping the changes in forest cover in Thane to ascertain how much area has been reduced,” said Mr Ramgaokar.