The thieves had used a 25-foot tunnel connecting the locker room with an adjacent farsan shop that they had rented last month. 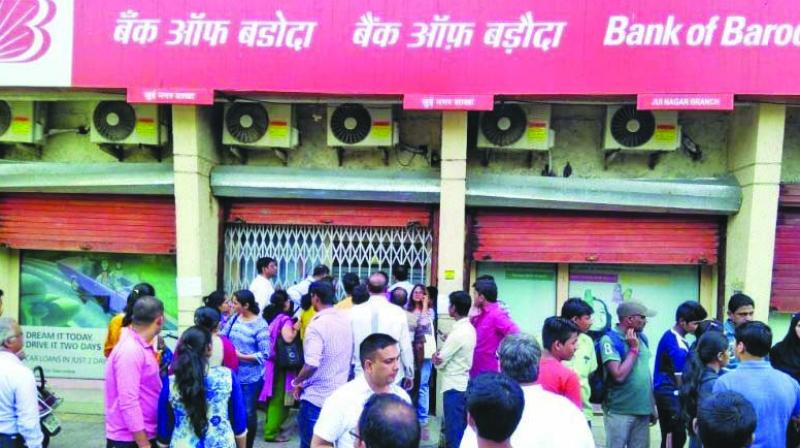 The Juinagar bank where the robbery took place.

Mumbai: A key accused wanted for his role in planning the Rs 3 crore heist at the Juinagar-based branch of the Bank of Baroda died of brain tumour before the crime was committed, in Rajasthan, according to the police.

The thieves had used a 25-foot tunnel connecting the locker room with an adjacent farsan shop that they had rented last month.

The man, Bhawar Singh Rathod aka Gena Prasad, who submitted fake identity particulars to hire on rent the shop six months before the burglary was effected and also opened a bank account at the branch to get access to its office, died of brain tumour in October, according to revelations made by nine accused arrested in the case by the police last week. He was 44 years old.

On November 13, the Navi Mumbai police identified four persons as part of the group that burgled a Bank of Baroda branch. The gang, said to be from Jharkhand, decamped with cash and jewellery from 30 bank lockers.

Two days ago, four accused were arrested. Rathod had opened an account in a bank under the Pradhan Mantri Jan Dhan Yojana (scheme for the poor), and used to visit the bank often.