The boat bearing registration number IMUL-A-0507-CHW had left Sri Lanka on February 14 with a five-member crew for fishing. 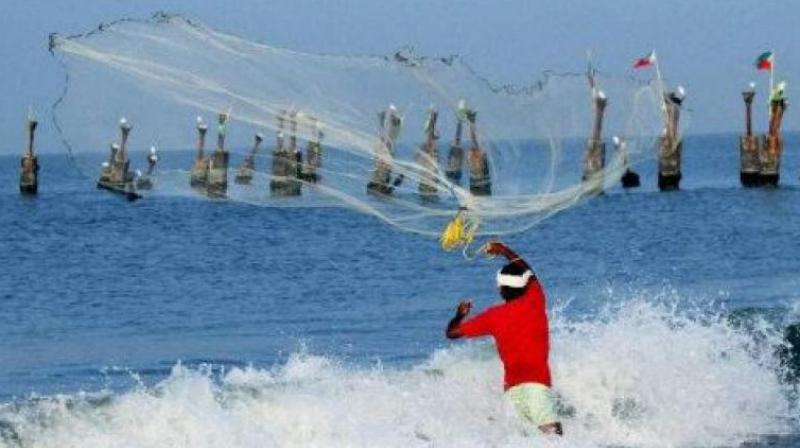 Mumbai: Coast Guard’s western command launched a rescue mission and saved an injured Sri Lankan fisherman near Suheli Par Island, in Lakshadweep on Tuesday. A request from Maritime Rescue Co-ordination Centre, Colombo was received at the Maritime Rescue Coordination Centre, Mumbai for assistance of an injured fisherman onboard Sri Lankan fishing vessel which was fishing at 100 Nautical Mile west of the island.

The boat bearing registration number IMUL-A-0507-CHW had left Sri Lanka on February 14 with a five-member crew for fishing. One of the crew members,  Malwatta Pathirannehalage Sunil Shantha, 47, had suffered a deep cut injury.

The distress call was received on Tuesday at about 10 am from the director general operations of Sri Lanka Navy intimating that the condition of the injured fisherman was not stable and the fishing boat was 98 nautical miles from Chenyakara lighthouse. “ICGS Samar located the Sri Lankan fishing vessel at around 9 pm on March 1 and the medical team onboard Coast Guard ship administered necessary first aid to the injured fisherman Shantha. The injury was an 8 centimetre long and 1.5 centimetre deep cut on the back of the head,” said Avinandan Mitra, Coastguards PRO.

Considering the critically of the injured fisherman, he was taken onboard ICGS Samar and after administering local anaesthesia, a surgery was conducted to stitch his scalp by the Medical Officer.

ICGS Samar along with the patient later left for Kochi for further treatment. The ship is likely to reach Kochi by on Saturday. MRCC, Colombo was informed to take further necessary administrative arrangements.