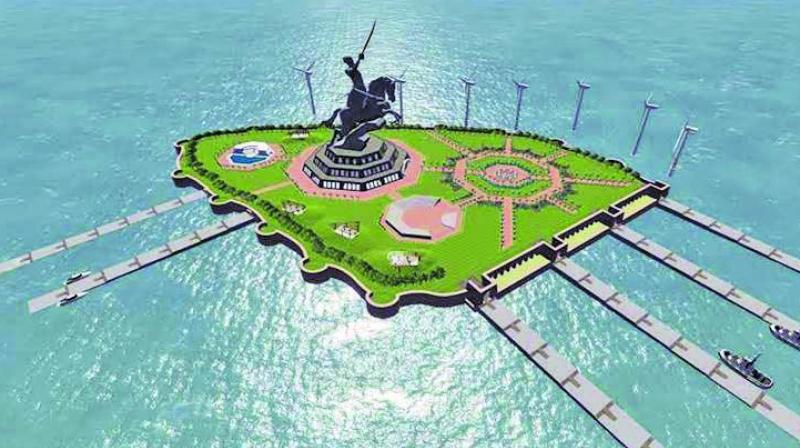 The government recently received three tenders to build the memorial and is scrutinising them.

Mumbai: Chhatrapati Shivaji memorial in Arabian Sea has always remained politically important, first for the Congress-Nationalist Congress Party (NCP) government that announced the project in 2005 and now for the Bharatiya Janata Party (BJP)-Shiv Sena government, which is ruling the state.

In fact, BJP reinvented itself by using Shivaji maharaj’s name during the 2014 Assembly election and managed to get the long-pending Shivaji project moving by getting all the requisite permissions needed to build it. The government recently received three tenders to build the memorial and is scrutinising them.

In a latest development, MLC Vinayak Mete, who heads the Chhatrapati Shivaji Memorial Committee, has demanded that the height of the proposed statue be increased from 192 metre to 210 metre. This will make the Shivaji memorial taller than the Spring Temple Buddha statue in China, considered to be the tallest statue in the world at 208 metre.

“We want that the memorial should be really grand and the tallest in the world. There is a new demand for increasing height to 210 mt from the proposed 192 mt. However, the government has already floated the tenders, which cannot be cancelled. The permissions are sought for the height 192 mt. But we can consider increasing height later. At present, we are scrutinising the tenders,” public works department minister Chandrakant Patil said.

The memorial will cost the government `3,600 crore and will be erected on a rock about 1.5 km from the Raj Bhavan shore.  It will take about 26 months to be completed.