This is the first time that the temperature has risen beyond 46.5 deg C in Bhira, where the mercury generally hovers around 40 deg C in summer. 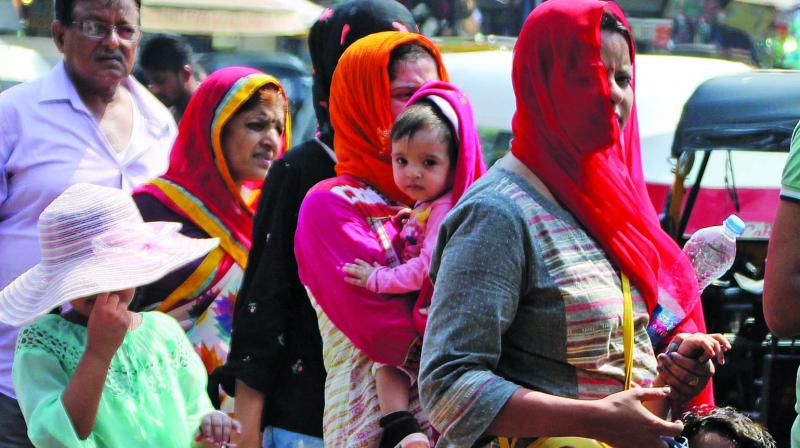 Heatwave has claimed four lives in Maharashtra so far.

Mumbai: Officials from the India Meteorological Department (IMD) suspect that the heat radiation from the rocks led to the rise in temperature (46.5 degree Celsius) in Bhira, Raigad on Wednesday. According to IMD officials, the reason behind this extraordinary phenomenon could be the effect of ‘local heat island’ and rocks emitting heat radiation. There were rumours that IMD’s equipment may have been faulty but the IMD clarified otherwise. This is the first time that the temperature has risen beyond 46.5 deg C in Bhira, where the mercury generally hovers around 40 deg C in summer.

Officials said that when only an individual weather station reports a high temperature but not the surrounding ones, it is called the ‘local heat island effect’. This was followed after questions were raised over such high temperatures recorded despite Raigad being a coastal district of Maharashtra. A team of IMD that visited the region confirmed that the rise was due to geographical conditions of the area, which is surrounded by rocky mountains. In order to be sure of the temperature record, the team, along with its temperature mapping equipment checked the reading observed by the local authority and found it to be similar. The team is now to set to come out with the final report in the coming week. A.K. Sahai, head of the Indian Institute of Tropical Meteorology from Pune said, “It is difficult to know which of the local conditions led to this temperature.”