The Mumbai police informed the GRP, RPF and security agencies such as the Anti-Terrorism Squad (ATS) about the call on Saturday night. 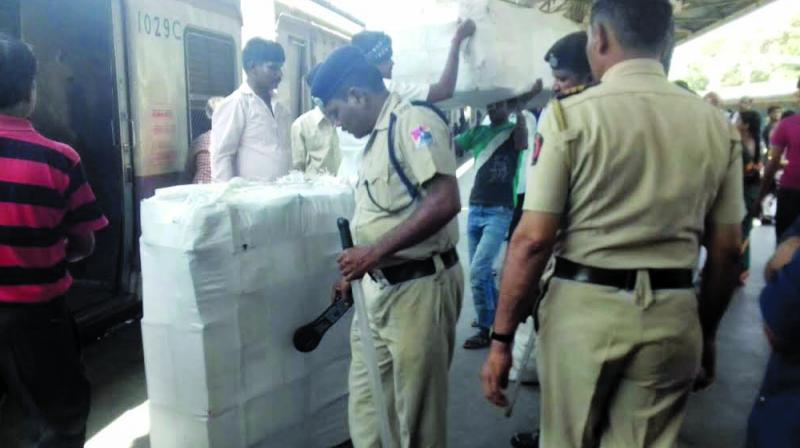 Mumbai: A supposed feud between two individuals has sparked off panic at Parel railway station, according to the authorities. A man, who identified himself as Umakanth Mishra, called the police helpline number — 100 — around 11.15 pm on Saturday from a payphone, claiming that a person named Khalid was planning to detonate a bomb at Parel station at 5 pm on Sunday. Mishra also provided Khalid’s cell phone number to the officials.

After tracking and detaining Khalid and his alleged aide, the Mumbai police found out that the prank call was a result of a disagreement between Khalid and the caller.

The police officers have said that ‘Mishra’ had probably used a fake name to make the call and have been unable to trace him so far.

Although no bomb was found at the station during security checks, the Railway Police Force (RPF) and the Government Railway Police (GRP) have been put on high alert.

An official said, “The man who identified himself as Mishra gave the cell number of Khalid and said that he had seen this man having a conversation with another man.”

He further added, “It seems to have been a case of personal rivalry, and someone wanted to settle the score.”

The Mumbai police informed the GRP, RPF and security agencies such as the Anti-Terrorism Squad (ATS) about the call on Saturday night. RPF senior divisional security commissioner Sachin Bhalode said, “The caller said that a plan was hatched to blow up Parel railway station. We immediately deployed around five teams and sniffer dogs on the station. They searched the premises of the station, but the bomb wasn’t found.”

The GRP said that it has questioned the two persons who were detained by the Dharavi police in connection with the prank call. Security at Dadar, Elphinstone Road and Lower Parel stations were also beefed up.