Three-year-old girl’s murderers must be tried as adults: Dad

The JJ Marg police on December 24 arrested the teenagers who on December 5 kidnapped Junera while she was playing outside her house. 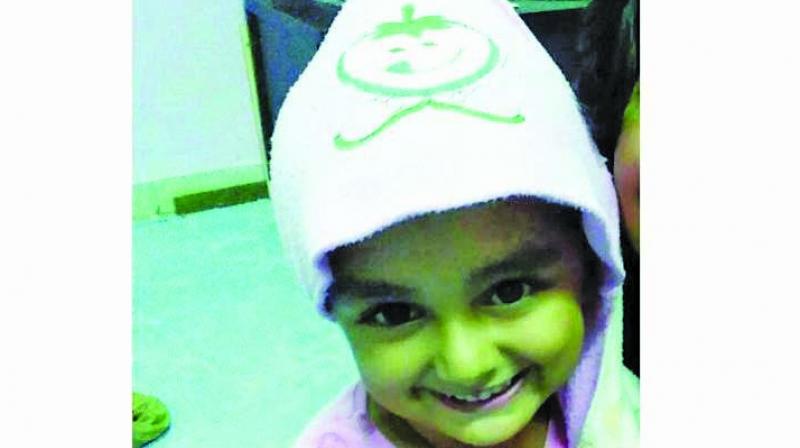 Mumbai: The father of the three-year-old girl who was kidnapped and murdered by two minors is set to submit an application to the Juvenile Justice Board seeking that the minors be tried as adults under the new Juvenile Justice Act. Mumtaz Khan, father of the deceased, Junera Khan, said the JJ Marg police had filed a chargesheet booking the accused under sections for which they will be tried as minors.

“The board has not been passing an order regarding the same. This in spite of all documents being in place,” said Mr Khan. He added that the board keeps delaying the hearing. “During the initial hearings it would give us a time of 3 pm but call for the case at 1 pm. Since no lawyers or policemen would be present, they would postpone the hearing. This happened twice and after that I started remaining present for the whole day,” he said.

The JJ Marg police on December 24 arrested the teenagers who on December 5 kidnapped Junera while she was playing outside her house. The accused strangled her hours after kidnapping her and stuffed the body in a faux leather bag and hid it. The JJ Marg police on March 24 filed a chargesheet in the case, charging the accused under the relevant sections of the Juvenile Justice Act. A source in the JJ Marg police station said that the police’s hands were tied. “We put in an application to the Juvenile Justice Board in December seeking its permission for the accused to be tried as adults. The nature of the crime and the way it was executed was brutal. But the board did not pass an order,” he said.