Earlier, the high court ordered that a three-member independent committee be set up under the chairmanship of a retired high court judge. 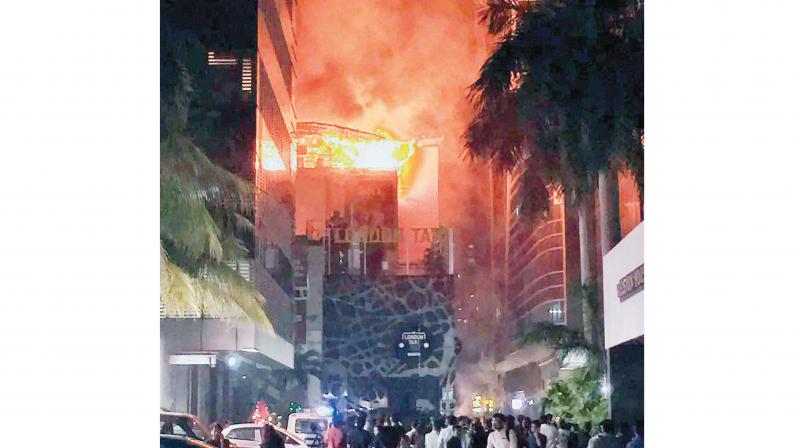 Fourteen people were killed and many more injured in the fire that broke out on December 29, 2017. (Photo: Asian Age)

Mumbai: Retired Kerala high court Chief Justice A.V. Sawant will be the chairperson of the committee constituted to probe last year’s Kamala Mills compound fire incident which claimed 14 lives and injured many others.

The state government informed the court that retired urban development secretary K. Nalinakshan and Vasant Thakur, an architect of the high court panel, will be the other members of the committee. The court directed the committee to complete its probe within three months, and asked it to submit the report to the high court.

A division bench of Justice Shantanu Khemkar and Justice Makrand Karnik was hearing a PIL filed by retired police commissioner, Julio Ribeiro, who sought that a judicial committee be set up under the Commissions of Inquiry Act to probe the fire and expose the illegalities of restaurant owners, state officers, and BMC officers. The petition also suggested that a policy be framed to avoid such incidents in future.

Earlier, the high court ordered that a three-member independent committee be set up under the chairmanship of a retired high court judge.