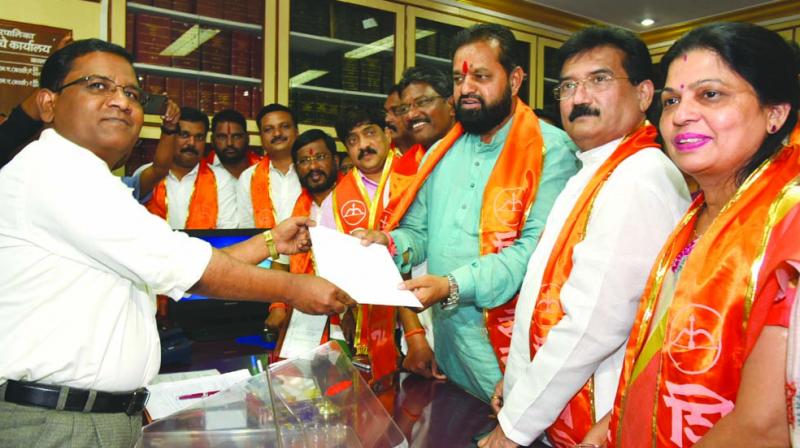 Mumbai: Senior Shiv Sena corporator Yashwant Jadhav will be the chairman of Brihanmumbai Municipal Corporation’s all important standing committee, which clears all monetary proposals. Ex-MNS corporator Dilip Lande, who recently joined Sena, will be heading the civic improvements committee that deals with proposals related to land use.

Ahead of next year’s Lok Sabha and Vidhan Sabha polls, Shiv Sena has made comprehensive changes in its BMC leadership by nominating senior corporators to head important committees. Manesh Satamkar and Ashish Chemburkar were nominated as education and BEST committee chairman respectively. All the four committee chairman were elected unopposed as opposition parties decided not to contest the elections. But the formal announcement will be made on April 5.

Mr Jadhav, who has been elected from Byculla, was elected as party group leader after Sena won the elections last year whereas Ramesh Korgaonkar was made the standing committee chairman. However, Mr Korgaonkar failed to make any impact during his tenure, which forced the party to look for a leader who will tackle the aggressive BJP and opposition parties.

“With Lok Sabha and Vidhan Sabha elections due next year, we need leaders who will improve party’s image by expediting development projects,” said a Sena leader.

The appointment of Mr Lande as improvements committee chairman has seen as Sena’s attempts to reward him for shifting his loyalties to the party. He, along with five MNS corporators, had joined Sena five months back. Mr Lande, who was the member of the standing committee, was shifted to the  improvements committee by Sena few days back.

According to party sources, the names of former mayors Shraddha Jadhav, Vishakha Raut, Milind Vaidya are doing the rounds for an important post.