Incident comes after MNS chief’s appeal to locals not to give up land. 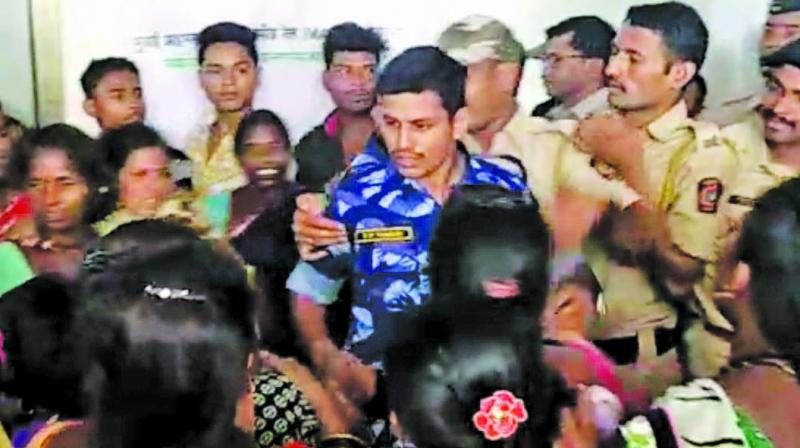 The protesters disrupted the meeting around 30 minutes after it began at 11 am.

Mumbai: A day after Maharashtra Navnirman Sena (MNS) chief Raj Thackeray appealed to the residents of Palghar and Dahanu not to give land for the proposed Mumbai-Ahmedabad bullet train project, nearly 500 protesters disrupted a public consultation meeting held in Palghar on Wednesday.

The public consultation meeting had been called on Wednesday by the National High Speed Rail Corporation Limited (NHSRCL) and the Palghar collector. The protesters disrupted the meeting around 30 minutes after it began at 11 am.

Officials claimed that the protesters belonged to local farmers’ groups such as the Shetakari Sangharsh Samiti, Ekata Parishad, and Kashtakari Sangathana.

President of the Shetakari Sangharsh Samiti, Santosh Pavade, claimed that they had not been served proper notice for the public meeting about the bullet train. “But officials of National High Speed Rail Corporation Limited and the collector’s office went to Sakharegoan, Vangoan, Dahanu taluka, for measurement with 10 vehicles of the police force. When the public consultation meeting was called for clearing villagers’ doubts, the villagers grew suspicious as to why a force had been deployed to measure their lands. Thereafter, a ruckus was created,” said Mr Pavade.

Palghar district collector Dr Prashant Nanaware told The Asian Age, “We are a democratic country. Everyone has a right to express their opinion on the project. The villagers have opposed the project. After the by-poll, we are going to negotiate with the villagers at an individual level. We will provide good compensation to them. We are sure that they will happily give their lands.”

Dr Nanaware added, “The allegation is not right. We cannot complete a measurement of 108 km in a day. After completing the differential global positioning system (DGPS) of the land, we are marking out on the ground from where the train is supposed to go. It is a simultaneous process and it will take a few more days to complete it.”

About notices not being sent to them, Dr Nanaware said, “For a public meeting, we have to give public notice and for individual hearing, we give individual notice. We are hearing their concerns. We are trying to create such a situation under the leadership of the chief minister so as to balance infrastructure development and the welfare of the tribal people living there. We are confident we can ensure both.”