Metros   Mumbai  03 May 2019  Residents of 40 buildings unite to push for redevelopment
Metros, Mumbai

Residents of 40 buildings unite to push for redevelopment

The NOC has been denied to these societies because of a Government Resolution (GR) issued in 2017. 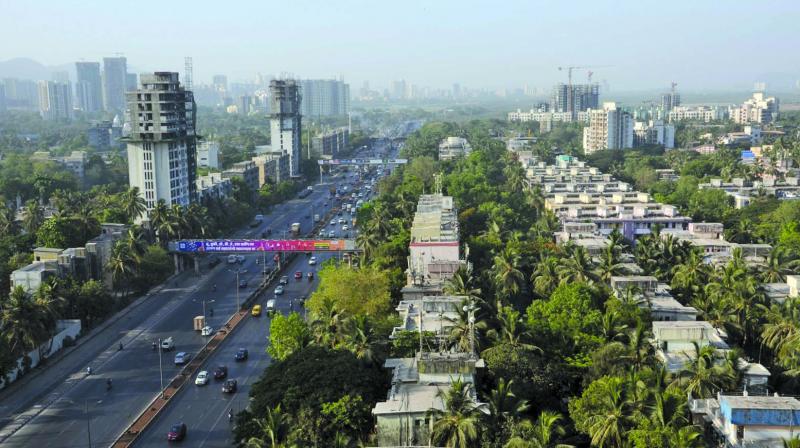 Mumbai: Forty societies located near the Eastern Express Highway have united to ensure redevelopment of their buildings.

On Wednesday, they decided to meet chief minister Devendra Fadnavis to give a fillip to the redevelopment of their societies.

Residents claim that  the highway authority has refused to issue a NOC  to  begin the redevelopment work. The buildings in question are located at Vikhroli, Kannamwar Nagar, and Tagore Nagar.

The NOC has been denied to these societies because of a Government Resolution (GR) issued in 2017.

The Maharashtra government had issued a GR stating that buildings located at a minimum distance of 10 metres to 60 metres on both sides of the Eastern Express Highway can get permission for redevelopment.

However, structures located within a distance of 10 metres from the highway will not be allowed to undertake redevelopment.

A worried lot, the residents gathered at a society in Kannamwar Nagar Wednesday to discuss the steps needed to be taken  to avail the NOC for redevelopment of the buildings.

“Residents from all 40 buildings will collectively draft a letter. Then we will meet the chief minister  on request,” said Santosh Khatu from Creek View Society where the meeting took place.

The residents of Creek View from Kanamwar Na-gar had decided to undertake redevelopment in 2016 and approached the concerned authorities in 2017.

“The highway authority denied the NOC to us. We have visited various departments asking for reasons for denying permission in writing. However, none of the departments have fulfilled our request,” Mr Khatu said.

He mentioned that his building was located at a distance of 125 feet from the border of the highway and they were still struggling to get the NOC for redevelopment.

“They have stopped our buildings’ construction work,” said one of the residents from Tagore Nagar.