Stir in 10 states being led by govt proxies: Raju Shetti

It is important to note that AIKS’s agitation in Maharashtra is different from the farmers’ strike that is going on in 10 states. 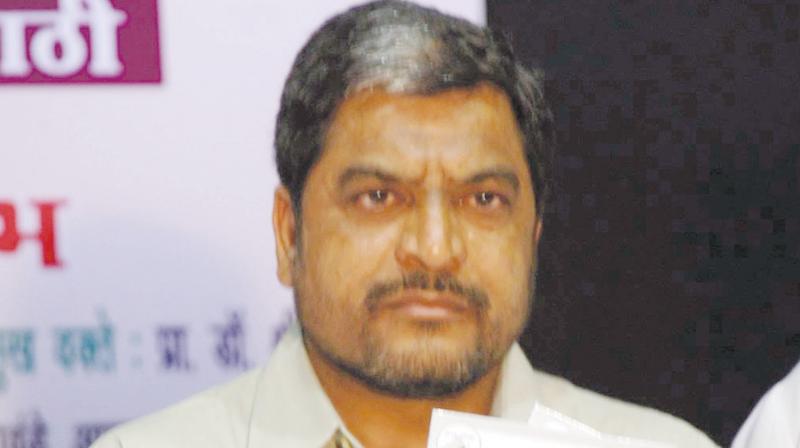 Mumbai: Member of Parliament and farmers’ leader Raju Shetti has termed the farmers’ strike that is going on in 10 states ‘government sponsored’.

Mr Shetti also called two persons, Sandip Gidde and Kakaji Sharma of Kisan Andolan, proxies for the government. The leader, however, is supporting the agitation called by the All India Kisan Sabha (AIKS). It is important to note that AIKS’s agitation in Maharashtra is different from the farmers’ strike that is going on in 10 states.

“We have witnessed the response to the farmers’ strike in 2017. But this time it is not generating a similar response, as farmers’ real representatives are not participating in this protest. The people who are leading this agitation are fake farmers and close to the government,” said Mr Shetti.

“Who is this Sandip Gidde, who’s leading the strike in Maharashtra? This person is known as a contractor of agricultural exhibitions in the state. He is close to the BJP. So, they are trying to mislead farmers as well as middle class people with this agitation,” alleged Mr Shetti.

Mr Shetti also claimed that Mr Sharma, who is one of the agitation’s leaders in Madhya Pradesh, is “known as old Sangh Pracharak.” “Last year, when farmers had died in an agitation in Mandsaur, Madhya Pradesh, I called Kakaji Sharma. I told him that we needed to do something. But he said that all those had died were actually goons. Then I realised that he is no farmer leader,” claimed Mr Shetti.

Asked about agitations led by AIKS and other organisations in Maharashtra, Mr Shetti said, “They are not on strike. They are different from those are on strike. AIKS and others are real people and they have given a call for the gherao of tehsil offices. We need to understand this difference,” said Mr Shetti.

When asked about Mr Shetti’s allegations, Mr Gidde made allegations of his own against the MP. “Now this agitation has been going on in all over India. I am not leading it; common farmers are. Mr Shetti is trying to disrupt this agitation at the government’s behest.

Everyone knows that he is a close friend of the chief minister. So, his attempts to mislead people about our agitation are going on. But he will not succeed,” said Mr Gidde.