Ganeshotsav celebrations to cost citizens more due to plastic ban 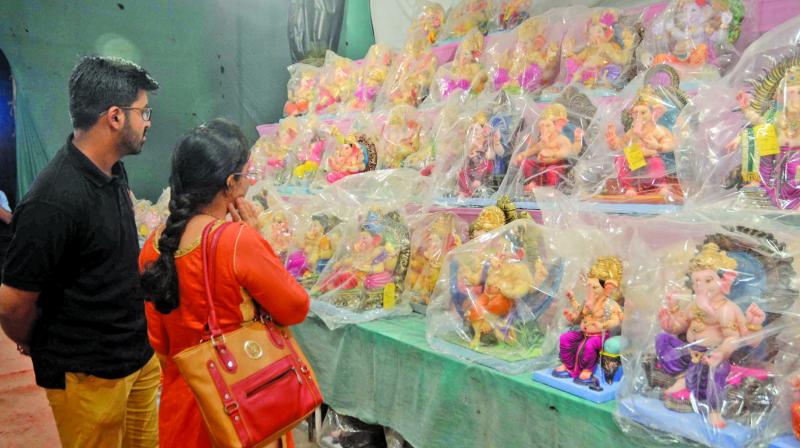 Mumbai: Nearly a month to go for the Ganesh festival and preparations to welcome the elephant god have already begun, with “eco-friendly” being the pertinent theme this year. Meanwhile, the ban on thermocol and GST on raw materials has made the ten-day festival a more expensive affair, claimed several idol makers and decorators.

Similarly, a two-feet idol that cost Rs 2,100 to Rs 2,400 last year may cost over Rs 5,000 now. Idol makers and decorators are pinning the blame on increased cost of raw materials used to make idols i.e. plaster of Paris (PoP), coir and paints. While PoP earlier invited 13.5 per cent tax (VAT, import duty etc.), there is now a 18 per cent GST levied on it. It is the same case with paints and varnishes.

Mr Shinde said, “There is an increase of about 20 per cent in costs so the buyer will have to bear the burden of this. We have doubled the selling rates as we are paying GST on materials being used.”

A senior officer with the GST Commissionerate, Mumbai region, said, “There is no tax on clay but on paint, there is a tax of 12 to 13 per cent that is also minimal. This year, the organisers will also have to pay GST as everything comes under GST now.”