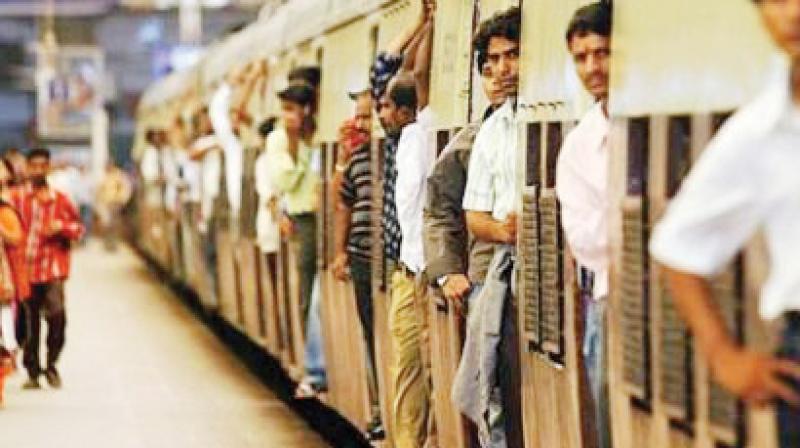 The 12.34 am CST to Thane local and 1 am Churchgate to Borivali train may soon depart 30 minutes earlier.

Mumbai: In a move that could have a devastating effect on the city’s nightlife, the Central and Western Railway (WR) are planning to advance the departure of the last local train from Chhatrapati Shivaji Terminus (CST) and Churchgate.

This means that the 12.34 am train from CST to Thane and the 1 am train from Churchgate to Borivali might depart at least half an hour earlier, cutting short the revels of commuters who happen to be in south Mumbai.

Officials have said that the 4.12 am train from CST to Kasara and the 4.15 am train from Churchgate to Virar — the first trains to depart at both stations each day — might be cancelled as well. The matter was brought up in the 16-hour marathon meeting on Saturday where Union minister Piyush Goyal asked officials why the maintenance of the Mumbai railway system, on the whole, is not up to the mark.

Replying to the minister, the engineering department told him that it does not get the four hours required to see to the system’s maintenance, a part of the Railways’ standard operating procedure, which led to the decision.

Stating that politicians’ habit of increasing railway services on the Mumbai suburban railway has taken a toll on maintenance time, an official said, “Politicians have to announce additional local services every year and if they are not implemented, the issue is brought up in Delhi.”

One of the officials had demanded four hours for maintenance work said, “People think that trains are shut from 1 am to 4 am, but that is not the case. When the 1 am train leaves for Borivali, the maintenance staff has to wait until it reaches its destination at 1.50 am and then start work.”

This work includes bringing in the maintenance locomotive from the car shed where it is parked to the section where the work is to be done — which takes 20 minutes, refreshing the ballast (small stones) on the track, running the locomotive over the ballast to let it set in, checking the cross-over points where trains switch tracks and checking the wiring and cables that relay signals to a motorman and indicate when he should start, stop or slow the rake down.

The official said, “For almost a decade, Mumbai has not had absolutely uninterrupted maintenance time. Hence you see so many issues like track fractures and signalling panels going haywire.”

WR chief public relations officer Ravindra Bhakar, however, said the plan would be implemented only on a few designated days. “The plan is being thought about, but it will not be implemented every day,” he said.  He added, “The public will be informed well in advance about the same and we will keep either the fast or slow line operational when late-night services are cancelled.” Sources have said that the plan currently is being drawn as to how to do it in the long-term and that the dry runs maybe seen for the next few months.