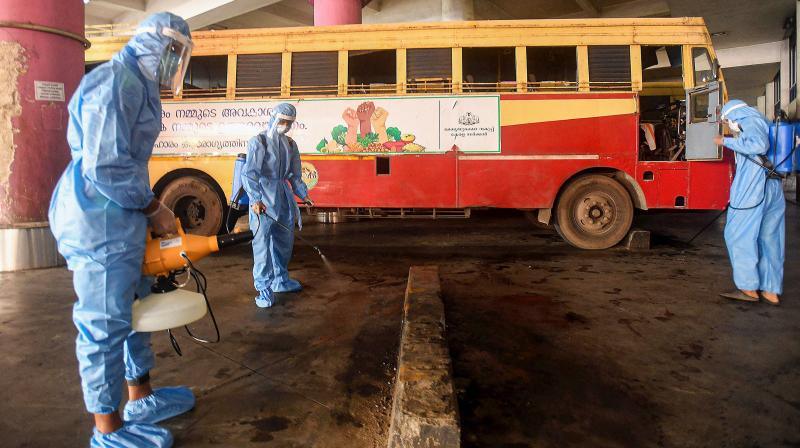 Mumbai: The first as well as the second round of sero-survey held in Mumbai have found that approximately 27 per cent health workers, who are more exposed to the virus than ordinary citizens, have developed antibodies against the infection.

The BMC had conducted the second round of sero-survey along with other organisations in the second half of August, while the first one was done in June. Civic officials said the sero-survey has important lessons for citizens, who are not following COVID-19 safety protocols of wearing face masks, maintaining social distance and hand hygiene.

“TIFR (Tata Institute of Fundamental Research (TIFR) has pointed out that health care workers have developed less antibodies though they are more exposed to the coronavirus. It is because they took adequate precautions like wearing masks and PPE kits, maintaining social distance and sanitising themselves properly,” Suresh Kakani, additional municipal commissioner of BMC said.

The presence of COVID-19 antibodies in samples from slums in the city was found to have decreased by 12 per cent in the second sero survey. It indicates that the infection spread in slums in the city may have come down

The latest survey was carried out in wards R-north (Borivali), M-West (Mankhurd and Govandi) and F-North (Worli and Lower Parel) in the second half of August.

The sero-prevalence of COVID-19 infection in women was marginally higher than men in both the rounds, it said. In the second survey, sero-prevalence in the age group above 40 was slightly higher. “Emerging scientific evidence hints at fall of antibody levels in recovered patients/asymptomatic patients over a period of time and this might have contributed to the trend between two rounds of sero-survey. "The impact of this on immunity, if any, is still unknown,” the release said.