NIA submitted a list of 216 documents and 286 witnesses that include doctors, police officers, and forensic experts apart from 102 panch witnesses. 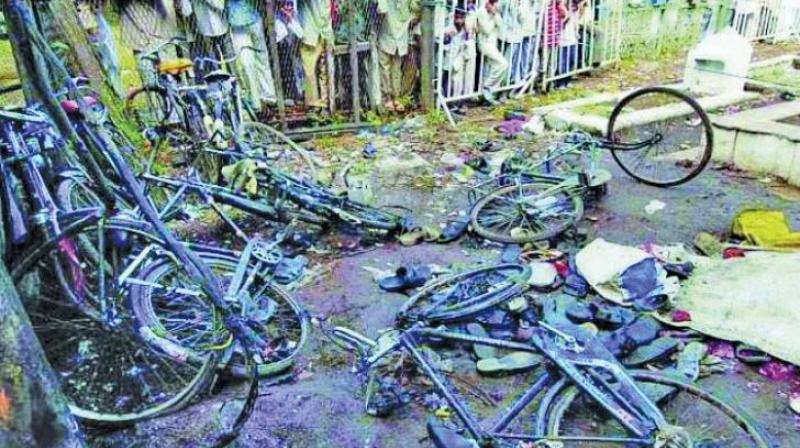 Six were killed and nearly 100 were injured in the 2008 Malegaon blast.

NIA submitted a list of 216 documents and 286 witnesses that include doctors, police officers, and forensic experts apart from 102 panch witnesses.

The prosecution shared these list with the court and the defence lawyers and it would be relying upon these during the trial.

The court had on Oc-tober 30 framed charges in the case against all the seven accused Thakur, Purohit, retired Major Ramesh Upadhyay, Ajay Rahirkar, Sudhakar Dwi-vedi, Sudhakar Chaturv-edi and Sameer Kulkar-ni. The court has charg-ed them under the relevant sections of IPC, Un-lawful Activities Prev-ention Act (UAPA) and Explosive Substance Act.

The NIA had filed a charge sheet in 2016 giving a clean chit to Tha-kur, Shyam Sahu, Prav-een Takalki and Shivn-arayan Kalsangra, saying it found no evidence against them. The NIA court, however, absolved only Sahu, Kalsangra and Takalki and ruled that Thakur will have to face the charges.

Col Purohit has challenged applicability of UAPA on the case saying since he was a serving as an army officer a prior sanction to prosecute him was needed and not received. His appeal for the same is pending before HC.