2 advocates received anonymous calls warning them not to file petitions in HC. 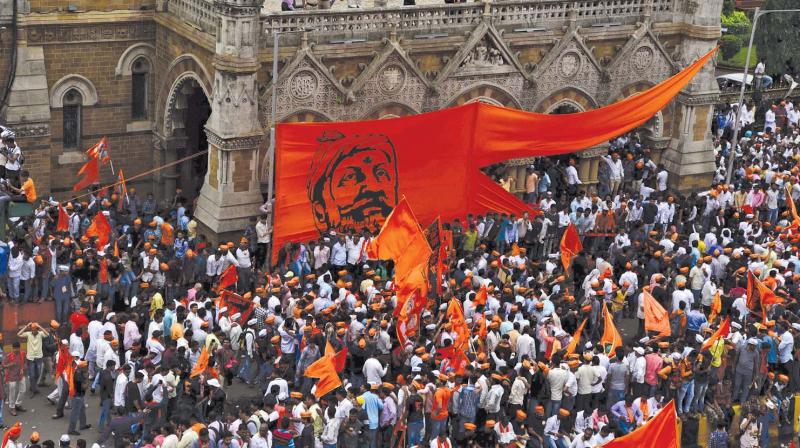 According to legal experts, this act can be challenged in the Bombay high court and the court has the power to strike down the said Act if it is violating constitutional provisions.

Mumbai: Two Mumbai-based lawyers have been receiving threat calls over their decision to challenge the 16 per cent reservation to Marathas in the Bombay high court. Advocate Gunaratan Sadavarte and advocate Jayashree Patil have been getting anonymous calls threatening them of dire consequences if they filed petitions in the Bombay high court. Both the lawyers have lodged complaints at Mata Ramabai Ambedkar Nagar and Bhoiwada police station respectively against an unknown person.

The Devendra Fadnavis-led Bharatiya Janata Party government has passed 16 per cent reservation to Maratha community in education as well as government jobs. All the parties unanimously passed the said bill in the recently concluded winter session of state Assembly. On November 30, Governor Ch. Vidyasagar Rao also signed the Act and reservation was applicable from December 1, throughout the state.

According to legal experts, this act can be challenged in the Bombay high court and the court has the power to strike down the said Act if it is violating constitutional provisions.

Some sections of society are planning to get a stay on the reservation and for that they have been preparing for that. Advocate Gunaratan  Sadavarte and advocate Jayashree Patil are among them.

“I have been getting threat calls from Saturday 4 pm. Therefore I have registered a complaint in the police station. Now police bandobast is deployed near my house,” said advocate Gunaratan Sadavarte. Earlier, advocate Gunaratan Sadavarte  and Ms Patil both had written letters to governor Ch. Vidyasagar Rao asking him not to sign the Act, which was passed in the state Assembly. They had cited November 13, judgment of the Supreme Court wherein the Apex court passed an order that no reservation will be granted which exceeds 50 per cent. But governor did not consider their letters and signed the act.

Marathas, who form about 30 per cent of the state population, have been demanding reservation for a long time. For this, they had held 58 silent protests under the banner of Maratha Kranti Morcha (MKM) and 40 people had allegedly committed suicide to press for the demand.