The production of the said mobile is necessary for the purpose of cross-examination. 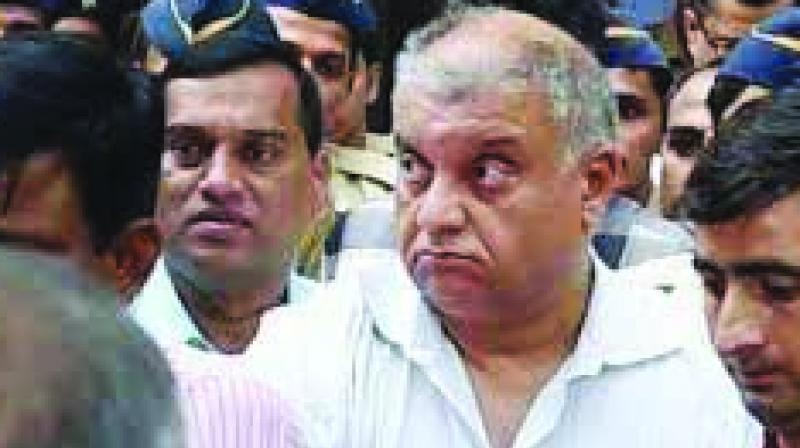 Mumbai: The Special CBI court on Saturday allowed an application filed by Peter Mukerjea, accused in the Sheena Bora murder case, seeking the phone of prosecution witness Shyamvar Rai to cross examine him. Subsequently, the court also allowed an application seeking the logbook of the jeep in which PI Dinesh Kadam and Ganesh Dalvi, PSIs of Khar police station, who arrested Rai in the possession of firearms case. But it rejected the plea asking for Call Data Record (CDR) of both officers.

Peter had filed these applications before Special CBI Judge J.C. Jagdale. In his application, he informed the court that Rai was arrested on August 21, 2015 and his Carbon mobile phone of was seized along with one Airtel sim card. The phone was submitted before the Bandra Metropolitan Magistrate. The mobile phone is in the magistrate’s custody, who is now hearing case regarding possession of firearms, where Rai is accused.

The application stated that Rai was crossed examined on the point of the mobile in the Sheena Bora murder and it is necessary to confront the said witness with the contents of the mobile and to verify its IMEI number. The production of the said mobile is necessary for the purpose of cross-examination.

In another application, Mukherjea  claimed that Rai was illegally detained by the Khar police and after interrogation for few days, he was shown as arrested. He also wanted to take the log book of the jeep which was used for the arrest of Rai and CDR of P.I. Kadam and PSI Dalvi to cross examine witnesses in future.