The affidavit also stated the action taken by the police against traffic violators and the use of adva-nced cameras in various parts of the city. 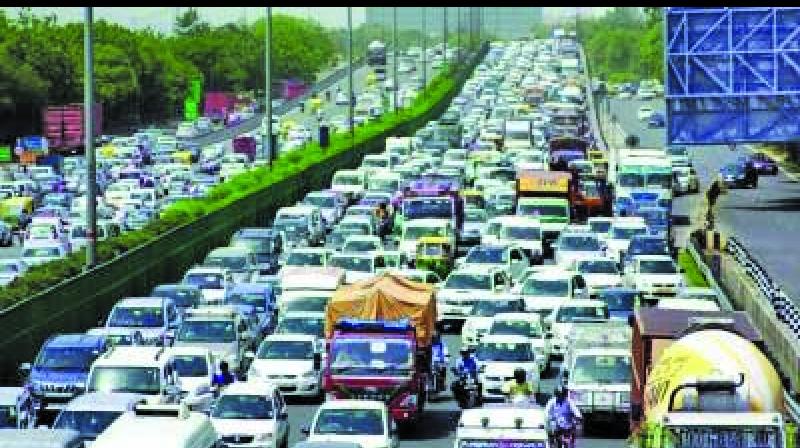 Mumbai: The Mumbai traffic police Monday informed the Bombay high court that it has initiated various measures to curb corruption in the traffic department and that installing CCTV cameras and introducing e-challan system are among them.

A division bench of Ju-stice Ranjit More and Jus-tice Surendra Tawade was hearing a PIL filed by ex-traffic constable Sunil To-ke, seeking the curtailing of corruption within the traffic police department.

On Monday, joint commissioner of police traffic Amitesh Kumar filed an affidavit stating the various steps have been taken by his department to curb corruption. Around 5,408 CCTV cameras have been installed within one year at major traffic intersections through which the activities of police personnel and traffic movements are monitored continuously. The affidavit said that to curb corruption, 100 wearable cameras are in use so that communication betw-een traffic police personnel and violator is recorded.

While citing the steps taken to reduce corruption within the traffic department, the affidavit stated that two traffic police personnel were suspended in 2017 after receiving complaints and conducting a preliminary enquiry.

The affidavit also stated the action taken by the police against traffic violators and the use of adva-nced cameras in various parts of the city. The affidavit stated that from 2016 till date, 920,000 e-challans have been issued, out of which only `920,668 had been recovered.

The affidavit stated that the police is equipped with towing vans that also take photographs which are uploaded on the website before towing the vehicles.

The police informed the high court that shortage of parking area is the major issue in Mumbai due to which traffic jams frequently occur. Traffic police is planning to hold a meeting with BMC officials and is planning to take the help of BMC. So, towed vehicles will be parked in dumping yards. The police is planning to hold a meeting with the BMC and will request the latter to implement its parking policy and make it compulsory for societies to park their vehicles in pay and park areas.