Bandra residents demanded they be consulted before the civic body takes any decisions regarding the park. 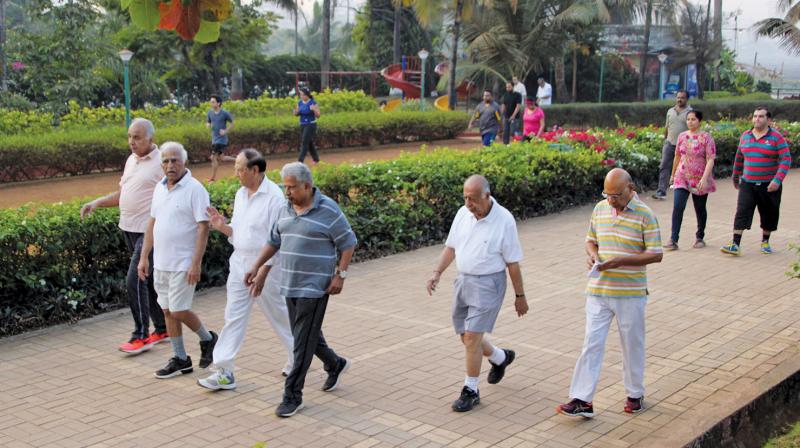 Bandra residents demanded that they be consulted before the BMC takes any decisions over the park. (Photo: Mrugesh Bandiwadekar)

Mumbai: Activists based out of Bandra campaigning for maintenance of open spaces in the city on Friday held a meeting with BMC officials demanding that Joggers’ Park be closed to the public between 9.30am and 5.30pm to prevent misuse and littering.

Members of H-west Federation put forth their demands regarding maintenance of the 7 acre seaside park that was taken back by BMC a month ago. They demanded a citizens’ group be constituted to work hand-in-hand with BMC for maintaining the park. Among other demands, residents want the park to remain shut between 9.30am and 5.30pm and also that rickshaw drivers be restricted from entering the park for fear they will take afternoon naps there.

A resident Shyam Bhatia said, “Autorickshaw drivers come and take naps in the park in the afternoon. That is not the purpose of the park, so we want BMC to keep its shut during the said hours."

Another resident Ruhi Khan said, "Auto drivers are responsible for bringing young couples to the park once they know the place has cozy spots. They charge these couples extra money for it, and act like pimps. Also, toilets in the park are meant to be used by people who visit the park and not by outsiders who only dirty them.”

At a public meeting with assistant commissioner of H west ward, Sharad Ughade, under whose jurisdiction the park falls, Bandra residents demanded they be consulted before the civic body takes any decisions regarding the park.

Mr Ughade said, “We have heard their concerns. The park timings will be decided by BMC, and keeping it shut in the afternoon does not fit in with the civic body's policy. Similarly, everyone will be allowed in the park, regardless of their profession.”