IFSC to be built above bullet train terminal

The land was handed over by Mr Madan to Achal Khare, the managing director of NHSRC last week. 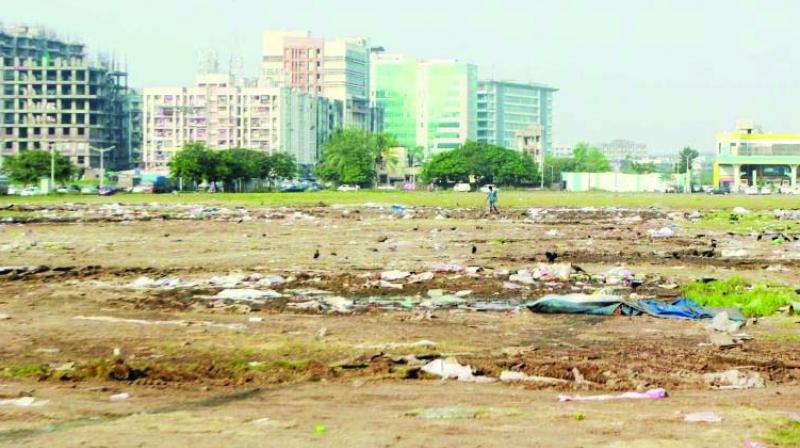 The MMRDA handed over the BKC plot papers to the National High-Speed Rail Corporation Ltd.

Mumbai: The tussle for the BKC plot between the Mumbai Metropolitan Region Development Authority (MMRDA) and Union Railways ministry has finally ended as MMRDA’s  International IFSC, and bullet train terminal will be built on the same plot. Last week, the MMRDA formally handed over the land documents of the 4.6-hectare plot in BKC to the National High-Speed Rail Corporation Ltd (NHSRCL) for building the 508km Mumbai-Ahmedabad High-Speed Rail line’s southern terminal. According to an announcement by the railway ministry, the terminal will be three layers below the ground while IFSC will be constructed above.

A press release from Ministry of Railways stated, “The terminal will be an underground station at about 25-metre depth, built in 3 levels and will be integrated with IFSC building proposed to be constructed above it.”

The 4.6 hectare land at BKC was originally marked for the IFSC by the state government; however, later the Centre proposed the same plot for bullet train terminal. However, now it has been decided that IFSC will be constructed on Level 1 and above it. The centre will have its entrance underground along with the bullet train station. The Asian Age tried to contact Metropolitan Commissioner UPS Madan, but he remained unavailable for comment.

The land was handed over by Mr Madan to Achal Khare, the managing director of NHSRC last week. The project has been in the pipeline since 2015, and the state had also suggested various alternatives to shift the centre to Navi Mumbai. However, the authorities stayed adamant over the plot at BKC.