The authority had floated bids earlier, in February, to appoint an operator to maintaining the terminal. 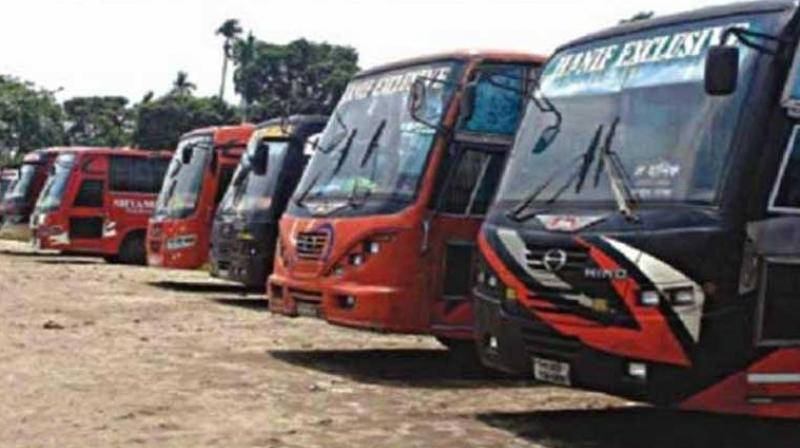 Mumbai: Contractors participating in the bidding for the upcoming inter-state bus terminal at Wadala have demanded an increase in the parking limit for buses in the terminal. The total capacity of the terminal is 172 buses, as announced by the authority. However much to the chagrin of the bidders, the Mumbai Metropolitan Region Development Authority (MMRDA) has stated that only 10-12 per cent extra vehicles will be allowed. The operator is yet to be appointed for the bus terminal. The authority had floated bids earlier, in February, to appoint an operator to maintaining the terminal.

Being the Special Planning Authority (SPA) of Wadala, the MMRDA had proposed to develop a bus terminal at Wadala to unclog the city roads of private buses. The terminal will serve as a spot for parking of the private buses both inter-state and inter-city. In response to the recently floated tenders, bidders had expressed various queries regarding the terminal and have also asked that the vehicle capacity be increased.

“Yes, there were demands to increase the vehicles, but we had decided on the capacity of buses after seeking a technical feasibility report. Vehicles have to continuously move from one place to other; you cannot park a vehicle haphazardly,” said a senior MMRDA official. He added, “Only 10-12 per cent of additional vehicles will be allowed in the terminal.” The terminal will be on pay-and-park basis.