Narayan Rane in a fix over BJP’s RS offer

The state will hold elections to the six Rajya Sabha seats on March 23, where BJP can get its three candidates elected on its own. 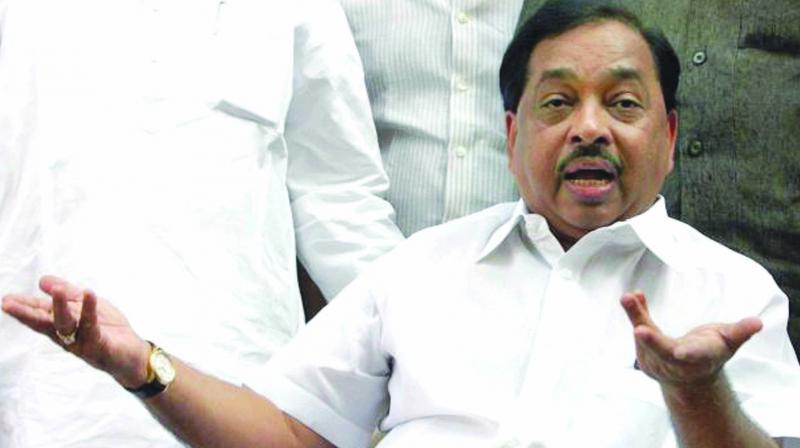 Mumbai: Senior leader Narayan Rane is in a dilemma over the BJP’s Rajya Sabha offer. Mr Narayan’s son and MLA, Nitesh Rane, tweeted that Mr Narayan should not accept the offer and should remain in state politics instead.

The state will hold elections to the six Rajya Sabha seats on March 23, where BJP can get its three candidates elected on its own.

When Mr Rane resigned from the Congress and formed his own party, Maharashtra Swabhiman Paksha, he was assured inclusion in CM Fadnavis’ cabinet. However, the other partner in the ruling alliance, the Shiv Sena, has stron-gly objected the proposal. Hence, the BJP offered Mr Rane a RS seat.

According to Mr Rane ‘s close friends he is not keen to go to Delhi. One of his senior colleagues said, “He feels that by going to Delhi his bid to contest assembly elections will be weakened and it will affect his level of activity in state politics.”

“Well-wishers want Mr Narayan to be in state politics for a longer time. State needs him more. We want to see him in the Vidhan Sabha (Asse-mbly) and not in the Rajya Sabha. Hope he considers, fingers cros-sed!” Mr Nitish Rane tweeted.