According to civic data, out of 3,330 housing societies, only 1,000 establishments have started waste composting units in their surroundings. 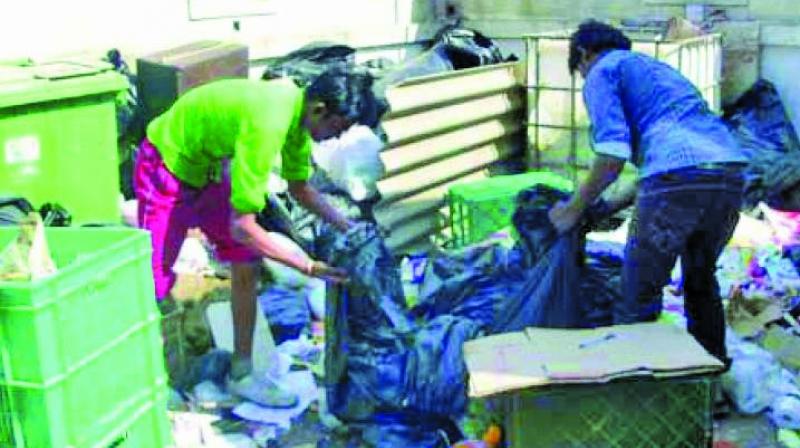 Prosecution has been initiated against 845 establishments, which also include 13 FIRs.

Mumbai: A majority of housing societies and bulk waste generators in the city have not taken Brihanmumbai Municipal Corporation’s (BMC) repeated calls of waste segregation and processing seriously so far. Out of 3,330 bulk waste generators, 2,330 establishments including both commercial and residential which comprises of nearly 70 per cent of waste generators have not set up waste management plants in their premises.

According to civic data, out of 3,330 housing societies, only 1,000 establishments have started waste composting units in their surroundings. The number of establishments, who have sought extension, is 1,328. Prosecution has been initiated against 845 establishments, which also include 13 FIRs.

According to civic officials, the BMC has sent MRTP Act and Environment Protection (EP) Act notices to 317 and 224 housing complexes and bulk generators respectively. If they do not stop misuse of space meant for waste management and set up composting unit there within a month, their office bearers are likely to face imprisonment as well as heavy fine.

“The civic body has also sent notices under the Mumbai Municipal Corporation (MMC) Act to 3,283 bulk generators for not segregating and processing the waste in their premises. Of them, 1,368 establishments have asked for extension while 818 have complied with the conditions. Legal action has been initiated against 754 societies,” said a senior civic official.

The BMC has targeted housing complexes, which are having built up area of 20,000 sq mts and also have taken environmental clearance, in which it is necessary to earmark place for waste processing. However, it has been found that waste processing is not being done and this place was being used for other purpose.

Under the MRTP act, officials of housing societies are liable to face three months of imprisonment, which can be extended to three years, for not carrying out waste management.