The civic body will also issue tenders for maintaining 91 parking lots across the city. 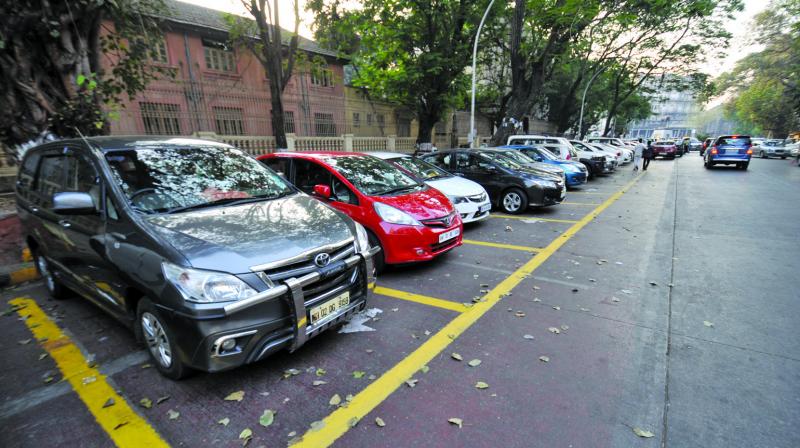 50 per cent quota will be given to women self-help groups.

Mumbai: After beginning implementation of the controversial pay and park policy in A ward parking lots, the Brihanmumbai Municipal Corporation (BMC) has decided to issue notices to housing societies telling them to put the policy into practice.

“We will soon send notices to the housing societies asking residents to follow the new pay and park policy. We have also started putting up boards across the ward to inform people about the new policy and parking rates,” said a senior civic official.

While the BMC is yet to implement the policy in residential areas, the civic officials are conducting meetings with citizens' groups to create awareness about the same.

According to civic officials, the BMC has started collecting parking fees as per the new policy at 18 parking lots in Hutatma Chowk, Colaba, Churchgate and Marine Lines from April 2. Of them, eleven are managed by municipal labourers and seven by contractors.

Under the new policy, the city has been divided into three categories — A, B and C — to categorise parking rates. Under this, parking a car at prominent areas like south Mumbai will cost Rs 60 an hour whereas in suburbs it will be as low as Rs 20.

The new policy will allow residents to park their vehicles at night on road outside their buildings if there is no parking space available for them in the building. The parking is allowed only between 8 pm to 8 am. The civic body will charge residents with the monthly charges (around Rs 2,000 a month).

The civic body will also issue tenders for maintaining 91 parking lots across the city. While, the 50 per cent parking lots will be reserved for women self-help groups, 25 per cent each will be given to special organisations, educated unemployed youths and open category including martyrs kin respectively.

“The new policy is for all 91 parking lots in the city and the BMC plans to increase them to 300. Tenders for these lots will be issued soon. The policy will bring discipline in parking and it will also ease traffic woes in the city,” said additional municipal commissioner, Sanjay Deshmukh.