The petition said that court’s 2015 ruling made the Bombay Public Conveyance Act 1920 void. 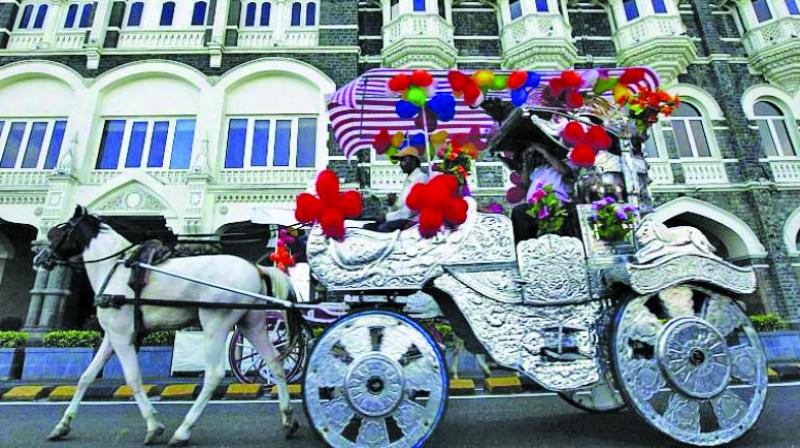 File photo of a Victoria horse carriage in Churchgate.

Mumbai: The Bombay high court on Monday refused to review its earlier order, which had banned the plying of Victoria horse carriages on the roads of Mumbai. The court found no merits in the case and said we don’t find any ground to review our own order.

A division bench of Justice Abhay Oka and Justice A.K. Menon was hearing a review petition filed by horse owners. According to the petition, the order passed by the high court to ban Victorias in the city is making the Bombay Public Conveyance Act 1920 to become void as it is only under this act that the use of horse carriages was regulated. The petition also stated that plying Victoria on roads is different from Jallikattu bulls’ race.

Petitioner’s lawyer A.V. Chatuphale argued that plying Victoria is the livelihood of hundreds of families and hence it should not be compared to “jalikattu” where bulls are being tortured.

He further argued asking if a small kid enjoying a horse ride would cause animal cruelty? He further said that the racecourse, where horses are use for gambling, does not come under animal cruelty.

He added that NGO’s are not looking after all horses so how will a person, who has no source of income, will feed a horse. Mr Chatuphale drew the court’s attention to the point that since 2015 the state government has failed to frame policy for Victoria owners.

The high court asked the state government till when it will form a policy for horses and its owners. The government pleader Poornima Kantharia said it has sent towards cabinet but can’t make any statement and sought time till May 2.

The petitioners had earlier approached the Supreme Court and decided to file a review petition in the high court.