The department has started training doctors and earmarking dedicated beds for patients in all district hospitals. 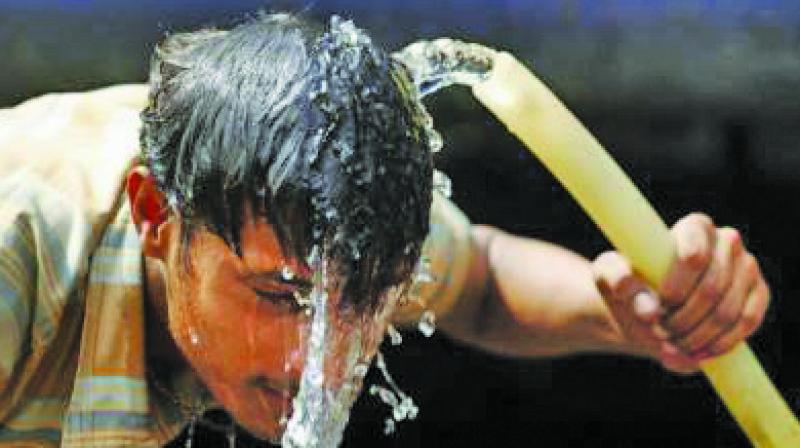 In the past four years, heatstroke has claimed 33 lives while leading to the hospitalisation of over 800 people.

Mumbai: Heatstroke has claimed four lives in the state in the past 24 hours. Deaths have been recorded at Jalna, Yavatmal, Aurangabad and Jalgaon. Eight people have lost their lives in the past fortnight owing to heat stroke.

Four heatstroke-induced deaths in a week and four in 24 hours have prompted the state health department into action. The department has started training doctors and earmarking dedicated beds for patients in all district hospitals.

Data shows that in the past four years, heatstroke has claimed 33 lives while leading to hospitalisation of over 800 people. Out of eight casualties, three have been senior citizens.

State surveillance officer Dr Pradeep Awate told The Asian Age, “Four more deaths reported in the state in 24 hours due to heatstroke — one in Jalna, one in Jalgaon, one in Yavatmal, and one in Aurangabad. Now, Aurangabad has registered three deaths, while Jalna, Jalgaon, Solapur, Yavatmal and Beed have registered one.”

In the month of March alone, 1,142 heatstroke patients were attended to by the state-run ambulance service, of which the most were from Amravati (89), followed by Aurangabad (81), Pune (72) and Yavatmal (70). Last year, the death toll touched 19, which was higher than previous years.

After 2013, when 11 deaths were reported, casualties dropped to single digits in two consecutive years. But deaths and cases showed a significant surge last year.