Adarsh Shetty called for a meeting to discuss effect of liquor ban. 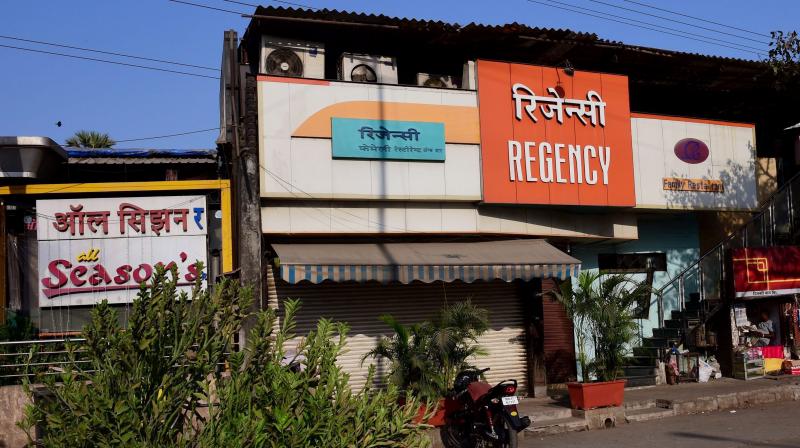 A liquor shop being shifted following the directive of the Supreme Court banning liquor sale along highways, in Mumbai on Sunday. (Photo: PTI)

Mumbai: After farmers’ suicides in Maharashtra, the state could soon witness suicides by hotel owners if the government does not come forward to help them, said the President of The Indian Hotels and Restaurants Association (AHAR), Adarsh Shetty.

Mr Shetty said that over five lakh people in Maharashtra were rendered jobless after SC ordered closing of bars within 500 metre on roads and highways, and AHAR members held the majority of such bars located around highways. The only option left with the Maharashtra government to help these bar owners was denotification of roads as highway however the government had not started any procedure for the same. As a result, hoteliers had panicked and called a press conference on the Supreme Court ban on bars and liquor shops on highways.

AHAR on Monday called a meeting where Mr Shetty said, “In Maharashtra, the liquor ban has affected at least 8,000 star hotels including the VIP lounge at the domestic airport. The state government expects it will lose an annual Rs 7,000 crore because of the ban. Ours is one industry which provides the highest revenue to government.”

“There is only one solution for this that the government does denotification of roads as highway. We have contacted the state excise minister Chandrashekhar Bawankule and he assured us that they are thinking of some alternative to this problem. Other states have already done denotification of roads but the Maharashtra government hasn't yet started anything in that direction. If denotification takes place, we will get at least 80 per cent relief. We will be left with no other option but to commit suicide if the government fails to provide an alternative,” Mr Shetty said.

He further added, “We told the government that we are ready to face any regulation that the government imposes on liquor sale but banning is tantamount to rendering us jobless. Cities like Pune and Nashik are facing a 90 per cent loss because of this decision.”