Saamana editorial further noted that there must be single law to deal with beef ban issue in all over India. 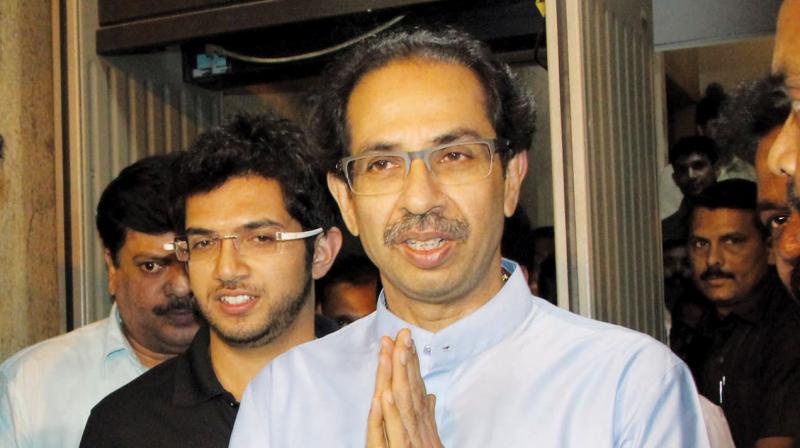 Mumbai: In a scathing attack against Bharatiya Janata Party through its mouthpiece Saamana, Shiv Sena has called state government responsible for the farmers suicides in state. “Government is busy in protecting cow but it has left farmers dying,” reads Saamana editorial on Monday.

“If Hindutvavadi government has banned beef in India then how come export has increased in such a large numbers?” asked Shiv Sena in editorial.

Sena has been sulking as the minor partner in BJP-led government in state and centre. Tiger party is continuously vocal against almost every issue that BJP is trying to set. As beef ban and cow protection issue has again peaked up in BJP led states especially in Uttar Pradesh, Gujarat, Chhattisgarh; Shiv Sena has seen an opportunity to corner BJP in Maharashtra.

Asking state government to provide financial relief to farmers through waiving off loans, Sena editorial reads, “If people would get capital punishment for killing cows then governments also be booked for murder in case of farmers suicides. Who is responsible for it? Today’s government can’t escape its responsibility by showing fingers to earlier ones.”

Saamana editorial further noted that there must be single law to deal with beef ban issue in all over India. “We demand similar law in UP as well as Maharashtra. We also want to ask a question to government. If you are claiming beef ban is in implementation then how come export of beef has increased in many folds?,” asks editorial.

In attempt to corner BJP further over beef, Saamana editorial has raked up a statement of BJP’s candidate N Sriprakash in Lok Sabha by election of Mallapuram constituency. Mr Sriprakash has reportedly supported beef in his campaign. Over to it Sena asked, “What BJP has to say on him? Even beef is not banned in BJP ruled Goa, Assam and Manipur? How BJP would reply on this duality?” asked Sena editorial.