Sanjay Nirupam has sought an investigation into the land allotment. 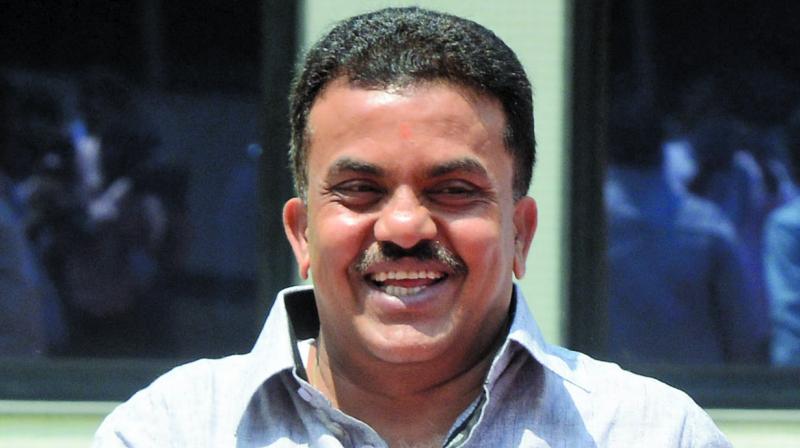 Mumbai: City-based Congress leader Sanjay Nirupam on Monday filed a public interest litigation (PIL) in the Bombay high court alleging violation of rules in the allotment of 600-acre land at throw away price to yoga guru Ramdev's Patanjali Food and Herbal Park at Mihan in Nagpur. Mr Nirupam has sought an investigation into the land allotment.  "The PIL has been filed," said Ashok Sarogi, counsel of Nirupam. The petition alleges that the union and state government in collusion with each other allegedly allotted 600 acres to Patanjali in contrary to the rules.

According to the petitioner, the respondents allegedly misused their powers to allot the land. Mr Nirpam claimed that the formality of calling tender was done only on paper and the land was given to Patanjali at the rate of Rs 25 lakh per acre, while even as per government, the base price for auction was Rs 36 lakh. Mr Nirpuam said that the current market rate of the land is approximately `one crore per acre. The Airport Development Authority has also been made respondent saying it has also given some properties to Patanjali company. The Union of India has been made respondent through Nitin Gadkari, the guardian minister of Nagpur and state of Maharashtra has been made respondent through chief minister Devendra Fadnavis.

Patanjali Food and Herbal Park and the Maharashtra Airport Development Company Ltd are also respondents in the matter.

S.K. Tijarawala, spokesperson of Patanjali said, “The land was allotted in third round of auction only after following due procedure of law and that too with complete transparency.” He also said that the Congress does not see welfare of public or nation they need to correct their thinking. “We would file appropriate reply in court if there is any such situation,” Mr Tijarawala said.

Despite repeated attempts, Mr Gadkari could not be reached for his reaction on the petition. While Kiran Rajhans, spokesperson of Airport Authority of India said, “We don’t have any idea about filing of such petition so could not make a comment on it.”

It is alleged in the petition that said land is marked as Forest Land. A land meant for the preservation of forests and even if for any reason the government wants to dispose of the said property, they are bound and liable to dispose it of at the prevailing market rate that too after complying with all the legal formalities as per law.