Ashwini lost a finger after being attacked by classmate Rajesh Bakshi. 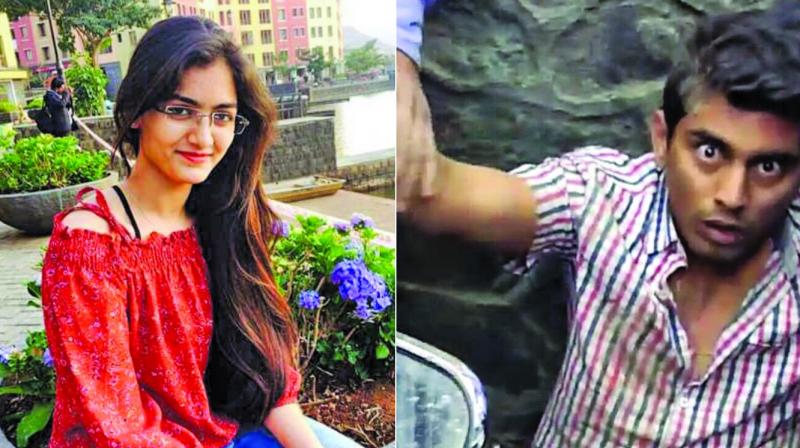 Pune: The 22-year-old daughter of Bharatiya Janata Party (BJP) MLA Sanjiv Reddy Bodkurvar, who represents Wani constituency in Yavatmal district, was attacked by her classmate with a knife.

Ashwini Bodkurwar, an MBA student, was allegedly attacked by her classmate Rajesh Kumar Bakshi on Monday morning near her college in Pune. She lost the baby finger of her left hand in the attack. Ms Bodkurwar was rushed to a private hospital after the attack. Though her condition is stable, she sustained injuries on her hands and will have to go through multiple surgeries.

According to the first information report, Ms Bodkurwar is a first-year student studying System Management at Balaji Institute of Modern Management (BIMM), Pune. She stays in a private apartment about 100 metres from the college. The attack happened when she was going to college on Monday at around 8.30 am.

Ganesh Shinde, deputy commissioner of police, Pune Zone III, said, “We have arrested Bakshi and will book him under IPC 307 for attempt to murder.” Bakshi has done his BE degree from Faridabad in Haryana. He had taken admission for MBA at BIMM in June 2016.

Mr Bodkurwar, who rushed to Pune from Wani, said, “This is shocking news for me. My daughter had told me a couple of times that one of her classmates has been harassing her by sending messages, calling her and stalking her. When I asked her whether I should lodge a police complaint, she said no, saying it would affect his career.”

He added the Bakshi should get maximum punishment so that other people would be deterred from attacking girls and women. “All accused in cases of harassment of women should be sent behind bars for 10-12 years,” Mr Bodkurvar said.

Meanwhile, K Balasubramanian, director of management institute, refuted charges that the institute did not take any action. “This girl registered a complaint with the management yesterday at 2.30 pm that her classmate has been harassing her. We constituted a committee and conducted a primary enquiry. Bakshi gave it in writing that he would not harass her. Both of them shook hands and left,” Mr Balasubramanian said.