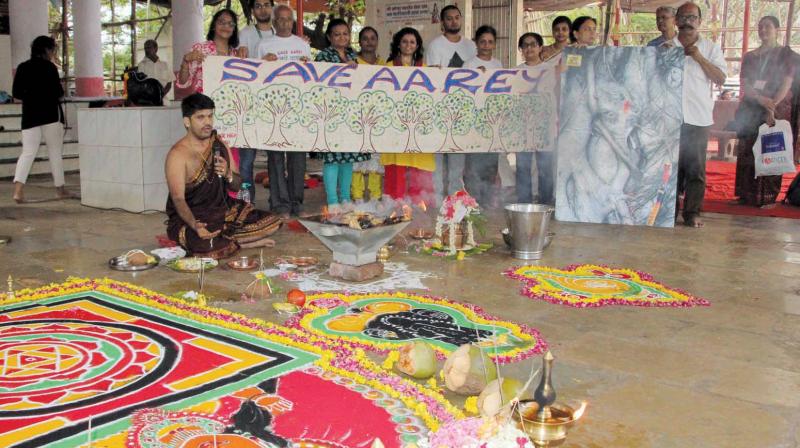 Prayers were held for the trees of Aarey Colony. (Photo: Mrugesh Bandiwadekar)

Mumbai: Around 600 Mumbaikars, including citizens from all over Mumbai, local adivasi tribes and members of the Aarey Conservation Group (ACG) participated in planting saplings near Aarey’s picnic spot area to express their concern for the green patch in the city.

These saplings were bought by the ACG on May 14 and were then taken to various religious places, seeking blessings from different Gods, according to the different faiths practiced by people. Prayers and Havan were also organised by the Aarey Adivasi Community along with the ACG to seek protection and preservation of the area for the future generations.

Amrita Bhattacharjee, a member of ACG said, “Our aim is to being people together, which is why we went to different religious places and also arranged for the prayers according to the different faiths practiced by the people in the city.”

The locals said that they didn't want the green cover in the city to be affected by the construction of the car shed for the Metro line 3, which is set to begin soon.