Officials blamed the topography of the railway, where water collects and rises above the prescribed safe mark of eight inches. 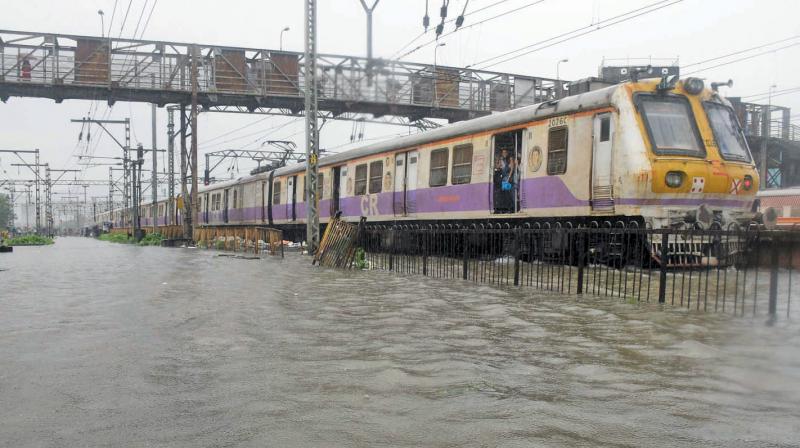 Mumbai: Train commuters will have to find an alternative mode of transport for 18 days this monsoon, which have been red-flagged for high tide and consequent flooding of railway tracks. Officials said that the combination of high tide and rains will leave Mumbai’s lifeline paralysed and it would be better for Mumbaikars to be prepared in advance.

Officials blamed the topography of the railway, where water collects and rises above the prescribed safe mark of eight inches. “Since water gets collected in areas near Kurla, Sion, Thane and Kalyan, trains cannot move ahead and we have to wait till the waters subside. This leads to trains shutting down for hours together,” said an official. He added that in order to make life simpler, it would be better if people found an alternative means of transport during the said days. “These 18 days have been chosen by the railway as the ones to watch out for, so commuters themselves should try and find an alternative to go to work and return home,” he said.

Hiral Naphade (27), a designer who lives in Thane, said that she herself waits every monsoon for these very high tide days. “I have a few friends who live in the area and even if there may not actually be a problem, on the day high tide is declared, we take a car to work and drop each other to our work places located in south Mumbai,” she said. She added that while traffic snarls were another headache, it was better to be caught in traffic on such days than sitting in a stranded train. “A lot of the times, people get off these stranded trains and begin to walk to try and catch a taxi or a bus to a certain point. So, this is a better option any day,” she said.