Metros   Mumbai  04 Jun 2017  Session on living with leopards to be held
Metros, Mumbai

Session on living with leopards to be held

The officials believe that confirmation of a single animal being responsible for the three attacks is mandatory before deciding to trap the animal. 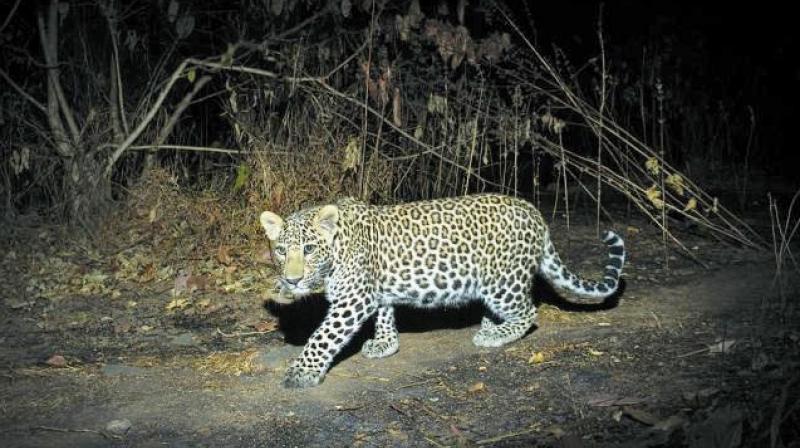 Mumbai: On Sunday, the Thane forest department (TFD), Sanjay Gandhi National Park (SGNP) officials and the citizens group Mumbaikars for SGNP (MFSGNP) will conduct an awareness session at the Royal Palms, Goregaon for the people to sensitise them about the dangers of living in the area along with the precautions they are supposed to take.

The programme is sche-duled to be held in the noon and will be attended by the forest officials and the rescue teams who are the first ones to rush to the spot in case of a human-animal conflict. It is a part of the effort put in by the authorities to clear up the tense situation at Royal Palms, Goregaon, where a leopard attacked a three-year-old boy on May 27.

With an aim to make people understand that they are living in an area surrounding the forest with a lively biodiversity, the officials of the TFD and SGNP will address the attendees at the event. However, one of the members of the MFSGNP explained, “Trapping an animal does not necessarily mean that the animal sightings or such incidents will reduce or stop.”

If the sources are to be believed, the forest department may trap the animal due to the recent incidents in Aarey Milk Colony. After the attack on the four-year-old, the Mumbai forest range has sent a proposal to the state forest department seeking permission to trap the suspected leopard that may have been involved in previous cases of attacks as well.

However, the officials believe that confirmation of a single animal being responsible for the three attacks is mandatory before deciding to trap the animal.